Supporters of Donald Trump are rejoicing that their hero has been elected while the vast majority of Americans are worried for their country under President Trump. Except one or two countries, most are very concerned about the direction America will take under  his leadership….writes Shambhu Gupta

Will he be the 45th President of America making it great again or a First Dictator who will ruin the country, damage the environment, make the world a more dangerous place and in the process lose every thing as all dictators have done throughout history?

Trump is not a democrat. Trump is not a republican. Trump is Trump and in some ways a unique person. He is fearless. He has no ethics. He has no understanding of world issues. He does not know the difference between a truth or lie. He can tell a 100 % lie and deliver it as if it is from the holy bible.

He has Charisma like many dictators have had in the past. He has ruthlessness of Hitler and Stalin. He has the ability to make his followers believe in his vision and statement. The manner in which he demolished and then totally destroyed 16 Republican candidates who were aspiring to be the GOP nominee should have sent alarm bells ringing. He would insult. He would tell fabricated stories. His followers liked it but his opponents had nothing in their arsenal to blunt him. 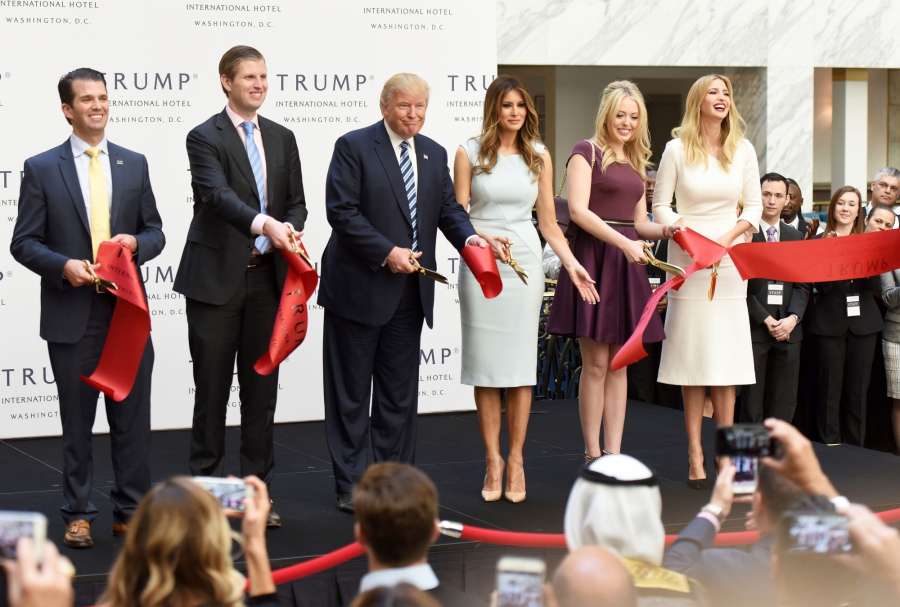 Then the manner in which he destroyed Hillary Clinton by exploiting her email story and threatening to put her in jail. How he dealt with the attacks on him also shows his toughness. That sex tape scandal would have derailed any one but not Donald Trump. Cheating thousands of their life savings in the name of Trump University, no problem for Trump.

USA has one President at a time. However, manner in which he has dominated the foreign policy news since 9 November , shows that he has no respect for the current President. In reality he never had any respect for President Obama during the past 8 years.  For many years, Trump ran a campaign known as ‘Birther movement’ to demonize President Obama by questioning his place of birth and the legitimacy of his Presidentship.

He is still not a President.  He is President Elect and yet he has issued major policy tweets and threats against companies, individuals and even countries.

He is systematically even discrediting the very agencies which gather information to keep the country and its citizens safe. He has almost destroyed and moulded  Paul Ryan to follow  Trump out of fear. He has totally destroyed any creditability Mitt Romney had by making him believe that he could be chosen as a Secretary of State. There are very few people left in the Republican Party who have not been either bought by him or destroyed or frightened to criticise him.

Democratic Party is too weak to contain him. Republicans are frightened. There are few in the Republican Party such as Senator McCain and Senator Graham who may still have some fight left in them to stop him from becoming absolute Dictator.

This is how Dictators emerge. They control all levers of power. Either you follow orders or you are discredited and destroyed. Some of his supporters will do the dirty work for him. There is plenty of evidence already when teachers, professors, journalists have been hounded by his vile supporters. Neither he nor his supporters believe in democratic and free debate and exchange of ideas to find as to what is best for the society or the country.

Only hope is that the people of America rise up against him after he systematically starts destroying the Country.

Do not forget he did not win the popular vote. He won by the tiniest of margins because of this electoral college system in USA. No other country has this type of election arrangement to elect a President.

America has a population of 320 million. Out of which 231 million are eligible to register to vote but only 146 million had registered to vote. Out of this only 63 million voted for Trump while 66 million voted for Hillary Clinton. Nearly 90 million did not either register to vote or go out to vote. But his destructive policies will affect every one whether someone registered to vote or not, it will affect you whether you voted for Trump or Clinton or did not vote at all. It will also affect 12.8 million green card holders who have right to live and work in America but have no right to vote. It will definitely adversely affect 11.3 million estimated illegals who are there and work in the most dangerous, dirty and low paid jobs to keep America clean and running.

When millions of people lose their medical insurance, when millions of people get treated like second class citizens, when Police brutality increases to a level beyond tolerance, people are going to rise up and not put up with this emerging Dictator. Only the people of America can save their country from Trump.