For Modi, Trump and Kejriwal, opinion is limited to 140 characters on Twitter, and so is governance….writes Bikram Vohra 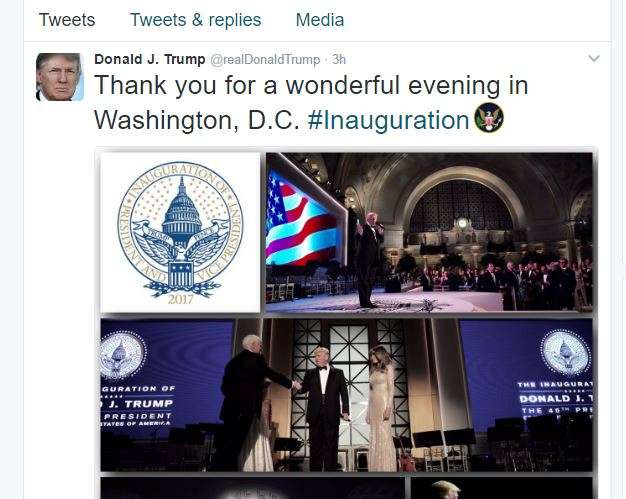 Twitter could well have the power to thwart if not throttle the functioning of governments. It is already changing the dynamics.

With presidents and prime ministers all falling back on this truncated form of communication, governance is fast being stunted to 140 characters with spacing. The two largest democracies seem to have made it their imprint. That means they decide which parts of the pie the public can eat, and which can be kept hidden from them.

The trouble with this abbreviated form of governments is that it conceals the flaws and facts and provides only a convenient capsule of personal opinion. Consequently, it is a cop out and the intrinsic danger in this option is that it beguiles the public by being easily digested since it calls for neither stamina nor depth of understanding.

The fact that this severe limitation on information is so totally against the democratic tent, is forgotten, as a diet of a predigested pap becomes the verbal narcotic. Just some mean-spirited words that actually form a singular opinion, seems to be enough.

You do not have to tell the whole story. Just say the parts you like. The ones that suit you. Modi can spin off his daily tweet on a subject of his choice without waiting for an answer. So, when he says “We remember with great pride the sacrifices made by our army. They put their lives at risk so 125 crores of us can sleep peacefully” he cheerfully skates past the current spate of soldiers’ grievances about their conditions, especially that of being reduced to domestic servants, something that is true and needs to be answered.

Likewise, Arvind Kejriwal, Chief Minister of Delhi, can send volley after volley of limited commentary on Aam Aadmi Party’s (AAP) chances in Punjab or pompously announce, “political revolution in India has begun. Bharat jaldi badlega”, and get a couple of million hits. But this does not take into account the piling garbage on the streets of East Delhi, the clearing of which actually should be his primary task at the moment.

It is almost like we are all on the equivalent of a “junk food” diet for the mind.

Donald Trump, the leader of the most powerful nation in the world has taken tweets to another level. He screams them in capital letters. This remark comes 72 hours before taking the oath as the president of the United States. “CNN is doing a Special Report on my daughter Ivanka. Seeing it is CNN it cannot be great,” he tweeted.

With everything on his plate, almost mountainous in its intensity, Trump has the time for sheer personal angst through dispensing trivia. Should he not be more concerned about Russia, the North Koreans, the repercussions of his relations with Afro-American leader John Lewis whom he just recently badmouthed almost triggering an Afro-American boycott of the 20 January ceremony? Former Senator Tom Coburn reacted recently saying Trump’s tweets are not presidential in their stature.

He is right. How can tweets, by their very nature, aspire to be quotable literature from the corridors of power? This is Kim Kardashian stuff, let Salman Khan do it. Not those in high places in the political sphere.

Our esteemed Foreign Minister Sushma Swaraj, for example, has taken to Twitter to market herself with great success but there are no tweets about the failed efforts of Indian diplomacy.

On Monday, Navjot Sidhu tweeted: “New innings on front foot.” Is that all he is going to say on joining the Congress with no opportunity to accuse him what prompted this decision? The front foot is not the only stroke in the book but the tweet seems to satisfy us.

We, the people, are becoming cerebral zombies. It suits the politicians immensely. They have found the best possible bludgeon for keeping the public numb.

A sport for celebrities and children, Twitter is a reasonably helpful adjunct to governance. It cannot become the mirror or the outer limit of articulation. For those who want their governments in toto and expect the full monty, so to speak, these little dots and dashes are mere camouflages and are now becoming escape valves for accountability on the larger scale.

Just knock off something clever and you have the world off your back.

Honey, guess what? I just shrunk the government.