Amid the tensions between Qatar and its neighbouring countries rakes up day by day and US warning Qatar in the name of terror funding, the US inked a deal with Qatar which enables the selling of American F-15 fighters to the arab nation, host to the one of the Pentagon’s largest military bases in the Middle East….reports Asian Lite News

The US has agreed to sell $12 billion worth of American F-15 fighters to Qatar amid an ongoing diplomatic crisis between Doha and the neighbouring Gulf countries, the media reported.

“The $12 billion sale will give Qatar a state of the art capability and increase security cooperation and interoperability between the US and Qatar.”

“The secretary and the minister also discussed mutual security interests, including the current status of operations against IS (Islamic State), and the importance of de-escalating tensions so all partners in the Gulf region can focus on next steps in meeting common goals,” Cabiness added.

“This agreement underscores the longstanding commitment of the State of Qatar in jointly working with our friends and allies in the US,” CNN quoted al-Attiyah as saying in the statement. 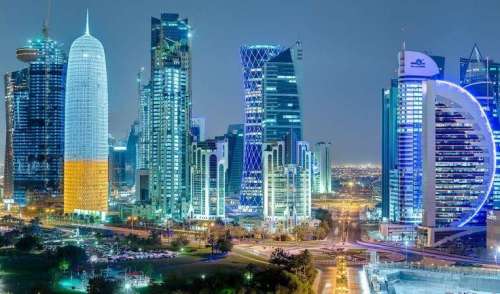 He also praised the US-Qatar relationship, saying the two countries had “solidified their military cooperation by having fought together side by side for many years now in an effort to eradicate terrorism.”

The announcement comes after a week three Gulf countries — Saudi Arabia, Bahrain and the United Arab Emirates — along with Egypt moved to cut off diplomatic ties with Qatar, host to the one of the Pentagon’s largest military bases in the Middle East, after claiming that Doha funds terrorist groups.

More Arab and Muslim-majority African countries later joined the diplomatic blockade, even as several powers have called for resolving the crisis.

US officials Secretary of State Rex Tillerson have called for the crisis to be de-escalated and on Wednesday while appearing before the House foreign affairs committee, reports CNN.