Qatar has decided to increase their natural gas production amid the economic sanctions imposed on them by Saudi Arabia-led gulf countries….reports Asian Lite News 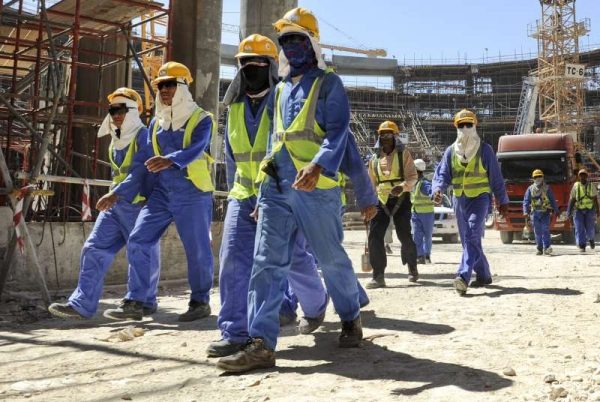 Qatar announced that it would increase its natural gas production by 33 per cent — from 77 million to 100 million tonnes per year — in response to the economic blockade imposed on it by several Arab states.

In April, the Qatari company had announced it would extract 56.6 million cubic metres per day from that project — extraction is now set to reach twice that amount under the new plans.

Al-Kaabi said the company would seek international partners to develop this project that would consolidate Qatar as the largest exporter of natural gas in the world.

He stressed that the expansion of production would increase government revenues, stimulate the economy and support the Qatar National Vision 2030, under which the government aims to reduce dependence on hydrocarbons.

The company has not yet set deadlines to reach the production target of 100 million tonnes per year, a step that will depend, according to al-Kaabi, on the agreements signed by the company with its future partners.

Natural gas exports are the main source of foreign currency for the rich and small Gulf emirate, which has been subjected to an economic blockade by Saudi Arabia, the United Arab Emirates, Bahrain and Egypt since June 5.

Al-Kaabi stressed that the blockade had not affected Qatar’s gas extraction or Qatari shipments to the UAE.

He added that Qatar had no interest in retaliating against the economic sanctions and ruled out that the UAE could break its agreement with Doha.