Saudi Arabia, for the first time, appointed two women to head the Kingdom’s stock exchange and a leading newspaper in a move that underscores the current leadership’s goal to gradually empower women in a highly conservative society where women’s movements and public presence are curtailed by regressive laws….reports Asian Lite News 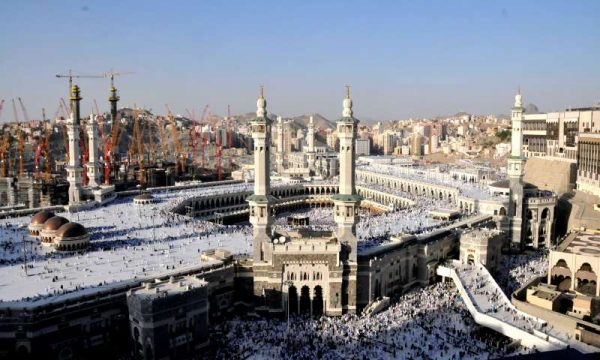 Sarah Al-Suhaimi, who will be heading the Saudi stock exchange (Tadawul), also became the first female CEO of National Commercial Bank (NCB) when she took over the top post in 2014. She replaces Khalid Al Rabiah at the largest bourse in the Middle East, the media reported on Friday.

She is one of only a few women with a top job in Saudi finance. Her appointment, which was announced on Thursday, was in line with an ambitious economic and social reform programme Vision 2030, which aimed to develop women’s role in the economy.

The programme also aimed to increase their participation in the workforce from 22 per cent to 30 per cent in the coming years.

Before joining the NCB, Suhaimi was the chief investment officer at Jadwa Investment, a closed joint stock company in Saudi Arabia and a senior portfolio manager at banking firm Samba Financial Group.

She is a Harvard University alumni and her father Jammaz was head of the country’s Capital Market Authority between 2004 and 2006.

In another such significant step in the country, the English-language Saudi Gazette announced on its website that journalist Somayya Jabarti will take the helm at the newspaper, the first woman ever to hold the editor-in-chief’s position of a Saudi daily newspaper.

Her predecessor, Khaled Almaeena, called Jabarti as a “determined and a dedicated journalist” and said that “it was not a question of gender but of merit that decided and earned her this opportunity”, reported the National newspaper.