The United Nations have termed the demands presented by four Arab countries to resolve the diplomatic rift with Qatar as “unacceptable”, especially its demand to shut  Al-Jazeera television channel….reports Asian Lite News 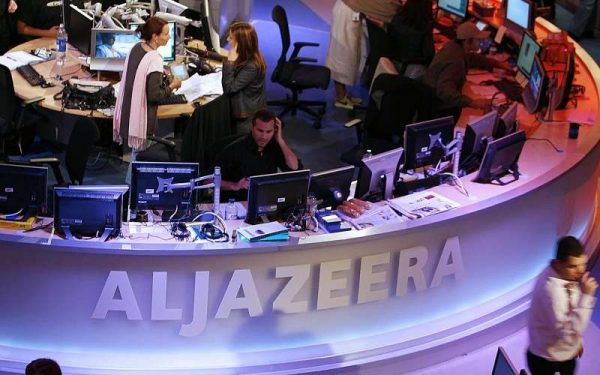 The UN Human Rights said that the demand by Saudi Arabia, the United Arab Emirates, Egypt and Bahrain for Qatar to close its Al-Jazeera television channel as a condition for normalizing relations is an unacceptable attack on freedom of expression and opinion.

“Whether or not you watch it, like it, or agree with its editorial standpoints, Al Jazeera’s Arabic and English channels are legitimate, and have many millions of viewers. The demand that they be summarily closed down is, in our view, an unacceptable attack on the right to freedom of expression and opinion,” Efe news quoted the office spokesman Rupert Colville as saying on Friday.

The UN Commissioner for Human Rights Zeid Ra’ad al-Hussein, “has been raising concerns” about the closure of the Qatari station and affiliated media, the spokesman continued.

“If States have an issue with items broadcast on other countries’ television channels, they are at liberty to publicly debate and dispute them. To insist that such channels be shut down is extraordinary, unprecedented and clearly unreasonable,” Colville said.

He explained that during the last three weeks the office has expressed its concern, both publicly and directly with the relevant countries, about the problems of fundamental freedoms that could generate from the dispute with Qatar.

“The High Commissioner therefore once again urges all five States to take measures to solve this dispute in a calm, reasonable and lawful manner, and to ensure that any actions they take do not impact on the human rights of their own and other countries’ citizens and residents,” the spokesman added.