An integrated command of the defence forces must happen at some point of time and it must be looked at as an option, suggests Army Chief Gen Bipin Rawat….A special by Anjali Ojha and V.S. Chandrasekar for Asian Lite News 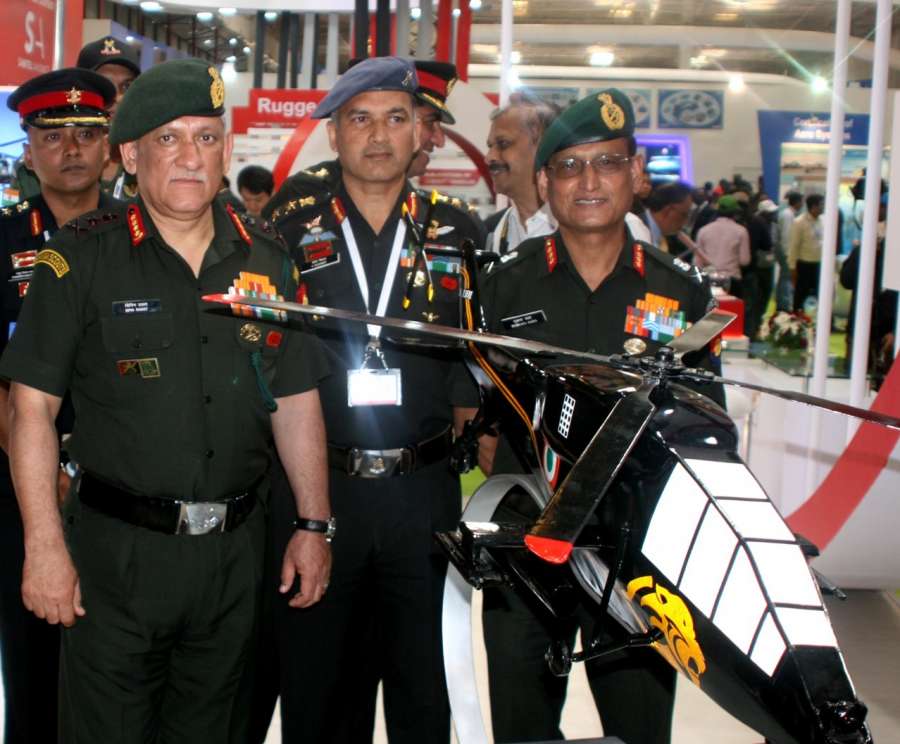 He is unfazed by theories of India getting caught in a two-front war with Pakistan and China. Rawat smiled away a question, “Is India heading for a war?”, which appeared on the cover of the latest edition of one of the English weeklies.

Similarly, he refused to be drawn into a discussion whether surgical strikes could be resorted to again to control terrorism and infiltration sponsored from across the border.

The army chief maintains that the government is ready with funds for army’s modernisation and acquisition of equipment and dismissed any apprehensions about shortage of funds.

“If we are going to fight a war someday, the war is going to be fought by the three forces together. Integration has to be in a holistic manner. Can we have a joint forces mechanism? Is it better or not? We have to look at the option. It must happen at some point of time,” Gen Rawat said.

“You also economise by integration of logistics. The integration has to be in the form of all services utilising their resources in a harmonised manner,” he said.

Against the backdrop of the recent joint doctrine that has been put out, the army chief was asked whether an integrated command is going to be practically beneficial as neither the air force nor the navy seems to be enthusiastic.

He said the integration must happen at all costs but the method of integration has to be looked into it. “We have to look at how we integrate… It is not that today we can’t fight a war if a joint mechanism is better, we need to look at it,” he said.

A doctrine of the Indian Armed Forces released recently called for a joint approach among the forces. “The nature of future warfare requires harmonious and synergistic application of land, air and sea forces. Joint operations are the most essential requirement of future wars and have to focus on the seamless application of all available resources to shock, dislocate and overwhelm the belligerent,” it said.

The doctrine also said the response to “terror provocations could be in the form of surgical strikes and these would be subsumed in the sub-conventional portion of the spectrum of armed conflict.”

Asked if surgical strikes carried out by the special forces of the army last year on the terror launch pads across the LoC in Pakistan-administered Kashmir would be resorted to again, the Army Chief said a surgical strike is just “one of the methods” but refused to say what may be the other options.

When asked if India was ready for a two-front war, Gen Rawat said, “We have got a plan. We know. We have our own rules (to fight).”

Asked about a recent report from the Pentagon which said China may build ports in Pakistan, the Army chief said: “Everyone is interested in getting access to the Indian Ocean Region. Pakistan is also building ports in Myanmar.”

In this context, he referred to the China-Pakistan Economic Corridor (CPEC) “being built crossing through parts of Pakistan-occupied Kashmir.”

Talking about modernisation of the army, Gen Rawat said there was no problem of funds as the government was clearing procurements based on the priorities expressed by the forces.

“The government has said funds will be made available as per requirement. What I am getting as my budget is only for running the Army,” he said.

A parliamentary panel in its report tabled in Parliament in the budget session had said budgetary provisioning to army is critically short and is likely to affect adversely the modernisation process as well as the operational preparedness of the force.