Only a mad and passionate lover of sport will take to writing on the game. The majority of budding sports writers want to write on cricket, unless they are from Bengal or, these days, the northeast….writes Veturi Srivatsa 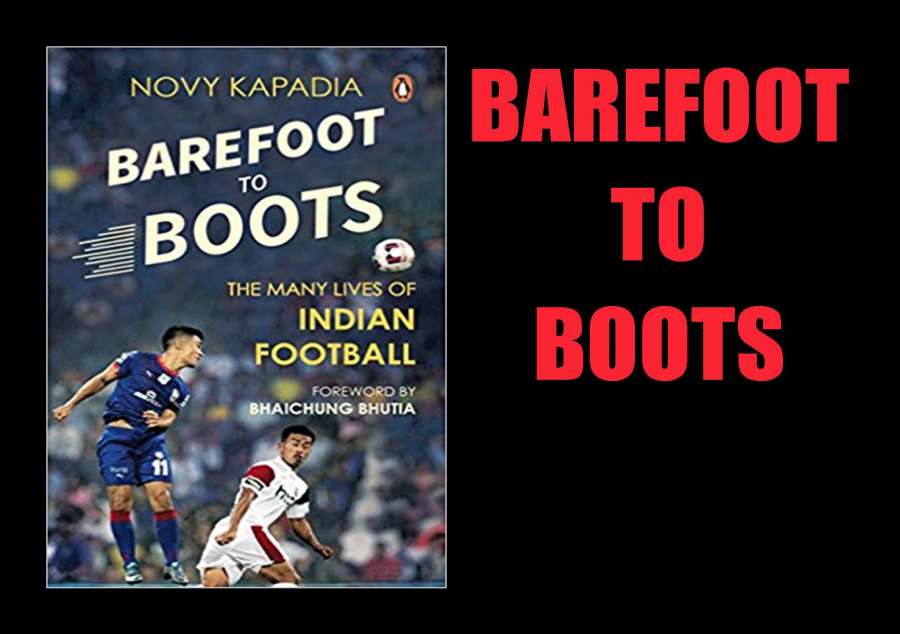 Like all journalists, football reporters and fans can be vehement when it comes to arguments, but they are humble.

Those were the days when some of the finest football and hockey writers used to be in the Press Box at the good old Delhi Gate Stadium, now known as the Ambedkar Football Stadium, or the Hardinge Ground, now the Shivaji Hockey Stadium.

Perhaps, it was in the late 1970s or early 1980s, an enthusiastic young man used to flit in and flit out of the Ambedkar Stadium Press Box. Not many knew much about him, except that he was helping the Durand Cup organisers in bringing out the official souvenir. A lecturer of English literature at one of the Delhi University North Campus colleges, he soon became a stringer of, not surprisingly, a Calcutta-based daily, started around the time.

It was unthinkable for a Parsi to play football, but Novy Kapadia insists he was a serious club-level player. It did not take long for him to learn the ropes and he became a football “informer” in the Press Box. He was, perhaps, the only guy who had access to the change rooms of the teams. He would go at the half-time and get back assessing the players’ mood and their impressions about the game thus far and some useful quotes after the match. In fact, he became a spokesman of sorts for the teams!

For someone who is so deeply involved with the sport, writing a book on the game should not have been a big deal. What is surprising is that it took such a long time coming. Once you read the book “Barefoot to Boots” (Penguin/Rs 399) you will know why it took so long for him to write his first book. He had to manage his football, teaching and on top of this, he is a sought after commentator. He is in great demand, too, for both live commentary and on television channels. He moved on to Olympic disciplines, though his first love remained football.

Novy’s passion for the game is infectious. He regimented himself to a tough lifestyle. In his own words: “I was no partygoer and my life revolved around football — playing, reading about it and watching matches at the stadium, as there was no TV in those days.”

He went on to say: “I too had raging hormones and was attracted to some girls in my school bus (the students of St. Columba’s and the neighbouring Convent of Jesus and Mary used to travel by the same bus, which led to many blossoming romances). But when football was on in the Capital — DCM Trophy invariably in October and Durand Cup in November-December — my interest in the opposite sex faded, I never attended Christmas and New Year parties as all the thrills of my life were at the Delhi Gate Stadium.” He even skipped his grandmother’s funeral to watch a key Durand match at the Delhi Gate Stadium. That explains Novy’s love foot football.

And he remained wedded to football. No wonder Bhaichung Bhutia and players of his era call Novy the Grand Old Man of Indian football. Novy was ever willing to travel to watch football wherever it is played.

The book has to be anecdotal and his worldview of soccer is amazing. Not many can remember members of the teams, be it local, national and international. He can reel off incidents and the personae dramatis as it happened recently. Ask him about any match and he will tell you how a goal is scored, too.

If he gives a graphic description of the happenings leading India winning the gold medal at the 1962 Asian Games in Jakarta, he also gives an insight into the players wanting to win it for their coach, Syed Abdul Rahim, who guided the team despite his poor health. It turned out to be Rahim’s last hurrah as he died a year later.

Novy takes a holistic view of the sport. He takes us around the historic football centres like Bengal, Hyderabad, Goa, Punjab and the northeast, talking and trying to find out from the few Olympians still alive how a city like Hyderabad, which had the maximum number of Olympians from any place in the country not long ago, has gone to seed.

He nostalgically talks of the good old Durand Cup and DCM Trophy and also the IFA Shield and Rovers Cup. He also has happy memories of Santosh Trophy, Federation Cup and then the National Football League to I-League and the money-spinner Indian Super League and its impact on the game in the country.

He is scathing at the failure of the All India Football Federation in widening the game’s canvas and sees it as a societal problem as no one seems to be interested in the sport.

The book should inspire a new eneration of football players as Novy has beautifully described the exploits of the stalwarts over the years, right from the days India played in the Olympics and a force to reckon with in the Asian region to a host of present day players who can easily be identified.

The narration is absorbing and the book is unputdownable. A must have before the FIFA U-17 World Cup in India October 6-28.