‘Will have to run Sharifs out’: Bilawal starts ‘anti-government’ rally….reports Asian Lite News 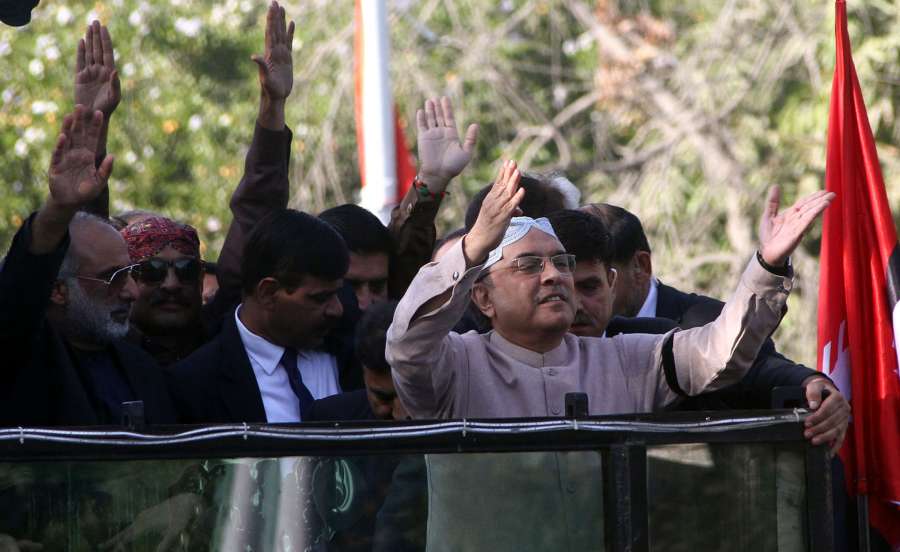 Pakistan Peoples Party (PPP) Chairman Bilawal Bhutto-Zardari kick-started an anti-government rally from Lahore to Faisalabad on Thursday, calling for an end to the Nawaz Sharif-led government.

“Shahbaz Sharif and Nawaz Sharif say that the country is making progress. How can a country make progress when sources of income are so limited,” he asked.

“If you are with me… it is evident that we will have to run the Sharifs out,” he asserted.

The PPP chairman touched upon various problems affecting people, including gas and power shortages, agricultural support prices, shutting down of industries and a rise in unemployment.

“This is the government’s job — to provide gas to factories, livelihood to people and an end to poverty,” he said.

“They (Pakistan Muslim League-Nawaz) will have to go,” he told the public gathering.

The rally was part of Bilawal’s plan to reorganise the party and boost the morale of party activists in Punjab who had gone into dormancy reportedly because of PPP’s ‘reconciliation policy’ towards the ruling PML-N.

In December, Bilawal and his father Asif Ali Zardari made their first major appearance at a rally together in three years, announcing their intention to contest by-polls and acquire seats in “this parliament”.