China has backed India’s plans to set up a tsunami warning system in the disputed South China Sea, which is almost entirely claimed by Beijing….writes Gaurav Sharma 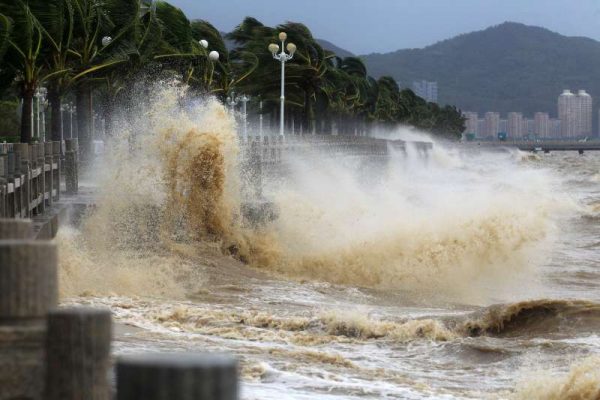 China, which is touchy about its “territorial sovereignty” over the energy-rich waters, thinks an efficient tsunami alert mechanism would be good for littoral states.

Reacting to India’s decision to explore the possibility to set up such a system, the Chinese Foreign Ministry said that it was “in the interest of all parties to strengthen tsunami early warning research”.

“China and relevant countries have established relevant facilities and systems in the South China Sea in accordance with the requirements of the relevant UN agencies,” the ministry said.

Beijing in the past has warned New Delhi to stay away from the hotly-contested waters, over which Brunei, Malaysia, the Philippines, Taiwan and Vietnam have overlapping claims.

Beijing is irked over India’s ONGC Videsh Ltd’s (OVL) presence off the coast of Vietnam where it is exploring hydrocarbon.

The deep sea block 128, where India got a one-year extension by Vietnam for the exploration in 2016, is part of the disputed South China Sea.

Last month, Song Zhongping, a military expert who formerly was in the People’s Liberation Army, slammed India for its joint naval exercise with Singapore in the South China Sea, saying New Delhi had reneged on its promise of not provoking Beijing.

However, Beijing’s welcoming response can help ease tensions between India and China which, analysts think, are likely to cool down after the “positive” meeting between Prime Minister Narendra Modi and President Xi Jinping on the sidelines of Shanghai Cooperation Organisation on Friday.

China last year set up a tsunami alert centre in the South China Sea, through which a global trade worth $5 trillion passes through every year.

With China and other littoral states claiming the energy-rich waters, and the US asserting its right to freedom of navigation through it, the water body has become the world’s most contested region.

China has been building artificial islands and developed military structures on the several reefs. Other claimant countries are also engaged in military build-up in the sea.