Gilgit-Baltistan is a legal and constitutional part of the state of Jammu and Kashmir, India, which is illegally occupied by Pakistan since 1947, and where people are denied their fundamental rights including the right of freedom of expression. A special report by Dr Sakariya Kareem

Recently, a motion was moved in the British Parliament by Harrow East MP Bob Blackman. It condemns the Pakistan’s decision to declare Gilgit-Baltistan as its fifth frontier. “Gilgit-Baltistan is a legal and constitutional part of the state of Jammu and Kashmir, India, which is illegally occupied by Pakistan since 1947, and where people are denied their fundamental rights including the right of freedom of expression,” the motion read.

This revelation is not new and has been known to the Pakistanis since 1947. What however, they are now trying to do by supposedly giving the Northern Areas (as Gilgit-Baltistan was earlier known) the status of a province is to make a distinction between the territory Pakistan calls Azad Kashmir and this territory. This is ingenuous as both territories form a part of the state of Jammu and Kashmir in 1947 and legally belongs to the Indian Union and are in reality illegally occupied by Pakistan. That is why this entire territory is called Pakistan Occupied Jammu and Kashmir.

The distinction made by Pakistan is that Azad Kashmir was declared independent of Maharaja Hari Singh’s rule in the wake of the invading tribesmen and has its own constitution, while it is ruled directly from Islamabad. Over the years, Gilgit-Baltistan was ruled directly and the people were denied basic rights and ruled with colonial laws. It was only in 2009, that the Pak government introduced a façade of self-rule for Gilgit-Baltistan.  However, the facts on the ground are clear that this entire territory has been ruled by the Pak military directly from Islamabad and recent efforts to highlight the case of Gilgit-Baltistan is just another stunt by Pakistan to take attention away from its state sponsorship of terrorism.

The motion tabled in the House of Commons on 23 March 2017 and sponsored by Conservative Party leader Lord Bob Blackman states that Pakistan wanted to annex the already disputed area. Those who neglect their history rarely understand the impact of Pakistan’s perfidy and one might add that of the UK. Recall that it was Major William Alexander Brown, Commandant of the Gilgit Scouts who along with another British officer Capt. Mathieson plotted the coup against Brigadier Ghansara Singh, the officer appointed by Maharaja Hari Singh to oversee the territory after Jammu and Kashmir’s accession to India on 26 October 1947.

The Northern Areas were handed over on a platter by a section of the Gilgit Scouts led by Major Brown. The coup in the Northern Areas took place on 4 November 1947.  Officially, the Pakistani administration began in the third week of November, when Sardar Mohammad Alam arrived from Peshawar to take charge. There existed a small number of British soldiers and officials who, in their capacity as friends of Pakistan, encouraged Brown and Mathieson to be in Gilgit on the eve of the transfer of power.

The coup itself was spontaneous and in his autobiography recalls that the idea emerged from a conversation he had with his batman who was a Muslim. That apart, the British had long felt that a Kashmir in Indian hands would be detrimental to UK security in the Middle East and therefore it is not surprising that they agreed to Pakistan’s malafide actions in Jammu and Kashmir. An entry in the 1948 London Gazette reads: “The King has been graciously pleased on the occasion of his birthday to give orders for the following appointments to the Most Exalted Order of the British Empire to Brown, Major (acting) William Alexander, Special List (ex-Indian Army).” So much for loyalty to the British empire, when in reality Major Brown was working on contract with the Maharaja’s Army and should have been punished for treachery against the ruler of Kashmir! 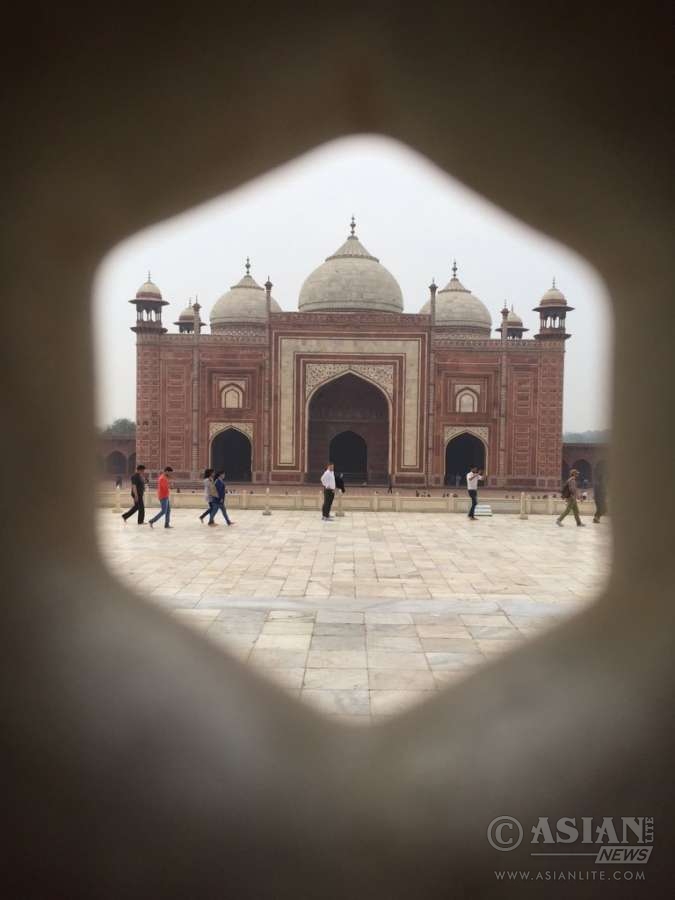 Baroness Nicholson, responding to this communication said that she had examined the historical evidence with regard to the Northern Areas and asserted that she was unable to commend the Pakistan government’s views to the European Parliament. The Baroness asserted that all evidence pointed to the fact that the Gilgit-Baltistan region “were constituent parts of Jammu and Kashmir by 1877… and remained in the domain of this independent princely state up to and including the formation of India and Pakistan on 15 August 1947 and the accession of the state of Jammu and Kashmir in its entirety to the new dominion of India on 26 October 1947.”

Pakistan has over a period of time used subterfuge with the people of Gilgit-Balitstan and merely accommodated their demands by giving packages under the garb of political self-rule. The Pakistan military also pursued a policy of reducing the area of its Shia majority by sending in large numbers of Sunnis and Pathans from other provinces of Pakistan. Sectarian violence and strife is a live issue in Gilgit-Baltistan and needs to be revisited. The more immediate pressing issue is that of Chinese presence in the region, which threatens the fragile ecological and environmental stability of the region. China with its grand vision of the China-Pakistan Economic Corridor (CPEC) could create a new divide in the area.

Firstly, China intends to behave as the lord and master of Gilgit-Baltistan by sending in large number of people and soldiers to work and inhabit the CPEC link projects, in this case mainly the Karakoram Highway. With the Chinese PLA also coming in, it seems ever more likely that Pakistan will soon become a nominal suzerain in this region, allowing China to hold sway. The challenge before Pakistan is therefore two fold. First, it will need to grapple with the ever growing discontent within the Gilgit-Baltistan for the wrong policy it has adopted towards the region in all these years. Second, it will have to contend with the increasing discontent among the local people over Chinese projects in the region, which do not benefit them in terms of either employment or profits. This in the long run, will shake the very roots of the Pakistan state. The issue today really is whether India can raise the voices of the people of Gilgit-Baltistan against the Pakistani state?