While healthcare has largely been a neglected issue in past general elections, major parties started talking about health in their manifestos from 2004. Health of 5 states going to polls…A special report by Oommen C. Kurian, Shalini Rudra, Rhea Colaco and Raushan Tara Jaswal 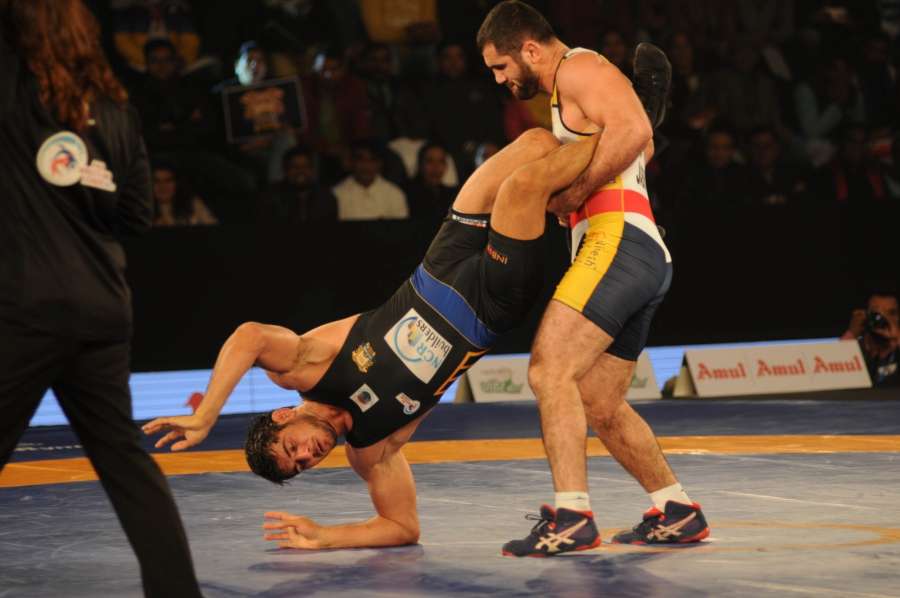 While healthcare has largely been a neglected issue in past general elections, major parties started talking about health in their manifestos from 2004.

In some states, there’s evidence it is becoming increasingly important, a 2014 Lancet report said, citing the Rajiv Aarogyasri Community Health Insurance Scheme for poor families as a major reason for a second term in 2009 for the late Andhra Pradesh chief minister Y.S.R. Reddy, and Gujarat’s Chiranjeevi Yojana, which provides skilled healthcare to pregnant women in collaboration with the private sector and contributed to Prime Minister Narendra Modi’s popularity when he was Chief Minister.

Healthcare is important to political and economic debate because inadequate public healthcare and healthcare expenses push an additional 55 million people back into poverty in India every year, according to a 2015 Lancet paper.

However, health-related political discussions are, currently, limited to debates around major health scams, or state failure during severe epidemic outbreaks. In general, electoral battles have not been won or lost because of healthcare issues.

While India still has more wasted (low weight-for-height) and stunted (low height-for-age) children than any other country — about 40 million — the rate of obesity recorded an 8.6-fold increase in India’s rural areas over 14 years and a 1.7-fold increase in urban areas over 20 years.

More than half of India’s rural population uses private healthcare, which is four times as costly as public healthcare, and can cost the poorest 20 per cent of Indians more than 15 times their average monthly expenditure; shortages of doctors at public health centres have risen 200 per cent over a decade, and even cities such as Mumbai need to double staffing of public healthcare.

The five states going into polls represent the good, the bad and the ugly of nutrition and health in India, our analysis showed. The trends are so diverse that it is clear that no single set of solutions can be the answer. India needs state-specific, if not district-specific, solutions in health and nutrition.

The percentage of women currently aged 20-24 who were married before reaching the age 18 has declined in all the states going to elections, with the exception of Manipur, where their percentage increased from 12.7 per cent to 13.1 per cent, according to the National Family Health Survey (NFHS) reports for 2015-16, released over 2016 and 2017.

The latest NFHS data show that between 2005 and 2015, Manipur’s sex ratio at birth declined from 1,014 to 962. For a state known to be a showcase of women’s empowerment, this must come as a wake-up call. A girl born in Manipur was more likely to be educated; more likely to be working as an adult; more likely to survive childbirth and more likely to not be the victim of crime than in most Indian states.

Uttarakhand has shown the slowest improvement in infant mortality rate (IMR) — deaths per 1,000 live births — although NFHS data for Uttar Pradesh are yet to be released. Still, as SRS data show, Uttar Pradesh’s IMR has come down from 57 to 48 between 2011 and 2014, suggesting that NFHS data will show improvement between 2005 and 2015.

However, as our state-specific analysis to follow will show, states such as Uttar Pradesh reveal wide variations within districts in terms of IMR. For example, according to the Annual Health Survey (2012-13), the latest district-level data available for the state, the IMR in Shrawasti district at 96 (the worst IMR in India was 56 in Madhya Pradesh in 2012) was almost three times as much as in Kanpur Nagar, which had an IMR of 37 (comparable to Gujarat’s 38 in 2012).

The government does not provide maternal mortality ratio (MMR) — deaths per 100,000 births — estimates for small states such as Goa and Manipur. Still, there are not many indicators that reveal inter-state health variations within India like MMR does.

The MMR in Uttar Pradesh and Uttarakhand is almost five times that in Kerala, the state with the lowest MMR among major states. Yet, in states with high maternal mortality, political parties do not discuss plans to reduce these preventable deaths.

Undernutrition is a major underlying determinant of ill-health in all the election-bound states, and the difference between states is not as stark, as it is with, say, MMR.

For example, across the electoral-battleground states, the proportion of stunted children under the age of five were similar: 29 per cent in Manipur, 20 per cent in Goa, 26 per cent in Punjab and 34 per cent in Uttarakhand for the year 2015-16. The latest data for Uttar Pradesh are awaited.

In 2015, for instance, in rural areas of Kapurthala district in Punjab, 61.5 per cent of all deliveries in private hospitals and clinics were caesarean. In Manipur’s Imphal West district, almost two of every three deliveries in private hospitals were caesarean. Public facilities also have a high proportion of caesarean deliveries, although not to the extent reported from private facilities, as we analyse in the state-specific stories.

With non-communicable diseases becoming the leading cause of death in the country, the twin burdens of malnutrition and ill-health, and the resulting policy choices, will require discussion.

Will such health- and nutrition-related issues be debated in the battle states? Will people demand better health and nutrition? Will politicians see the merit in developing a constituency of long-term supporters linked to human development? The coming weeks could provide some answers. Meanwhile, district level data analysis will raise more questions.