The Chinese are coming. The Communist country funded mega project at Gwadar is supposed to bring prosperity to this erstwhile fishing hamlet. But the CPEC is undermining the eco-balance in the fragile region and shattering the dreams of people in Gwadar. An exclusive report by Nasir Khader

Gwadar, till recently a sleepy fishing harbour on the western coast of Pakistan, is today the heart of the much-touted ambitious China Pakistan Economic Corridor (CPEC) which, it is said, will change the fortunes of Pakistan and lives of millions of people. But the people who live in Gwadar are finding it difficult to buy this dream when they look around their homes and see broken roads and unkempt public places and get only six hours of power supply in a day and water supply twice a week.

Life in Gwadar is difficult; there are few schools for the children to go to and even these schools are very basic and lack required infrastructure; teachers are few and most often absent. Likewise, jobs are even fewer to find here, even with CPEC coming. Most of the workers are being brought from other provinces, especially Punjab. Or the Chinese companies bring their own labour force and machinery and building materials.

Even today, the fishermen and local traders find it difficult to go to the areas near the port because of the heavy presence of military personnel. Now that the Chinese are working on the port, the security has become even more tight.

The more immediate concern for the Gwadaris is the decision of the Pakistan government to contract a Chinese company to create the Gwadar Smart Port City. People are not sure what this plan would mean for them; would they be relocated as the old master plan envisaged? But they all know that with the Chinese connecting the port to the coastal highway and the expansion of the port, their life would never be the same. But for now, old Gwadar city is a slum.

For ordinary Gwadaris, CPEC promised a new life but when the project work began, they knew that they were not going to gain much from the project. Many of them became disillusioned and even apprehensive. Their fear stems from the real possibility that their traditional life and sources of livelihood would change forever with the Gwadar port expansion and related infrastructure development.

The people most apprehensive are the fishermen, who constitute majority of Gwadar’s local population. Their livelihood have already been compromised when the port was first expanded in the 2000s. Most of the fishing spots had disappeared with the construction. Now, the fishermen fear, whatever was left would also go the same way.

Even today, the fishermen and local traders find it difficult to go to the areas near the port because of the heavy presence of military personnel. Now that the Chinese are working on the port, the security has become even more tight. With fishing spots disappearing and access to even the remaining spots becoming difficult, many fishermen have taken up other jobs and more are planning to do so in the near future. For many Gwadaris, the official description of “shining “ Gwadar is nothing but a mirage as local residents struggle daily with poverty, unemployment, illiteracy and security nightmares.

The Chinese project has brought more misery for the Baloch who have been already in the firing line of the military for decades. But now that the Chinese are coming, and they want fool proof security, Pakistan Army is more than eager to terrorise the Baloch and other local communities in the province. Between 2014 and 2016, the security forces carried out over 5600 combing operations, which, in other words, means at least five operations a day. These operations are heavily armed, brutal and repressive. The soldiers do not spare women, children and the old in their search and cordon operations which invariably see many Baloch men disappearing. 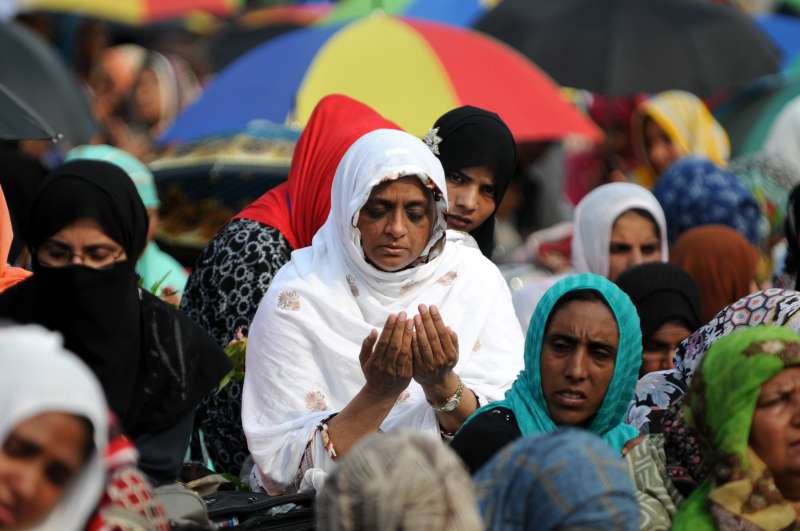 Most, or all of them, who disappear are found dead. Official statistics put the number of bodies dumped or found in Balochistan in 2016 stood at 94. This is way too low a figure but the fact that the government admits that almost eight such bodies are found every month is chilling enough. In 2015, the number was 129. Local conservative estimates put the number at 463 which in 2016 shot up to 667. The Baloch nationalists and human rights activists, however, put the numbers far higher. The obvious feature of these bodies was that most of them were Baloch men—again officially speaking, 539 out of 1,027 bodies found between 2011 and 2016 were that of the Baloch. The actual number, going by official statistics, could be several times over because 193 bodies remained unidentified and 125 were tagged as ‘others’.

A well-known Baloch leader, Akhtar Jan Mengal is clear that CPEC would only bring more misery to his province and its people. While the Baloch might find a fraction of the jobs, majority of them will be taken up by people coming from other provinces. He believes that in the next decade or so, the Baloch would become a minority in Balochistan. They already are. Likewise, the people of the province are not going to benefit from the investments. He pointed out that similar promises were made when a private company was given the contract to build a power plant in Lasbela district. The power generated in the plant, however, went elsewhere through high-tension transmission lines that crossed several Baloch villages that had no power connection.

The CPEC projects will be no different for the poor people of Balochistan. While their land and natural resources would be exploited for making CPEC possible, the people of the province would remain poor and marginalised, at the mercy of the security forces. The CPEC dream is likely to be another round of nightmare for them.