Allaying the fears of hate crimes against Indians in US and the growing concerns over Trump administration’s anti-immigration rules, around 4,000 Indian students appeared for interviews to pursue higher education in the US….reports Asian Lite News 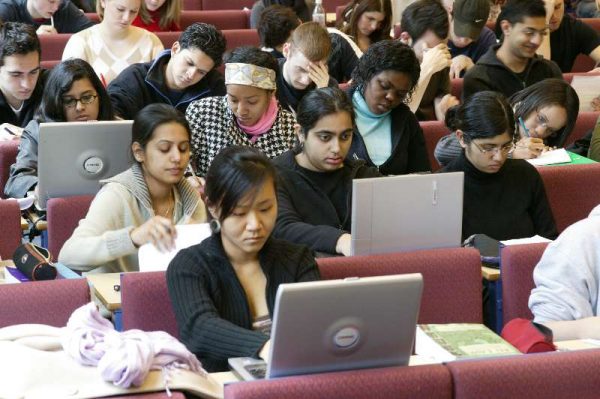 The interviews were conducted at the US Embassy in New Delhi and the Consulates in Chennai, Hyderabad, Kolkata and Mumbai.

Arunima Sharma, who is looking for a MS in Management Science programme in Columbia University, says she is not apprehensive of hate crimes despite reading about them in the media.

“I have been to the US earlier for a fellowship programme. That time, I was a little sceptical but things turned out to be great and I felt very safe,” Sharma said.

“I never became a victim of racial discrimination and there was support from fellow students and others in and around the campus,” she said.

Changam Meenakshi Rajagopal is entering a Ph.D programme in Astrophysics at Clemson, South Carolina. Going by what she has heard from her friends, who have studied in the US, she feels assured about her safety and security.

“I have had many friends pursuing various courses in the US. They have never complained about the safety situation,” she said.

In an interview, a former Stanford don had said that the violent attacks against Indians — and other ethnic groups — in the US were not indicative of the whole country and students should not take them into account while deciding to apply to US universities.

“There is no denying there has been sporadic and random violence against Indians in the US. These incidents were tragic and disturbing, but they are not indicative of the country as a whole,” Martin Walsh had said.

For Karan Raina, who will be studying for an MS in Quantitative Finance at Rutgers University, the steps the US institutes take to ensure the safety of the students are satisfactory.

“They place the same kind of value on international students that they place on US students in the educational programme. They take proper security measures for the foreign students,” Raina said.

As per US official data, there are some 166,000 Indian students in that country, second to China. Two years ago, this number was roughly about 100,000.

“Today, every sixth international student in the US is from India and they are contributing enormously to every aspect of life at the university and in the surrounding communities,” US Ambassador Charge d’Affaires MaryKay L. Carlson told the media.

“We are celebrating Indian students who are not only taking an exciting step in their higher education but are also furthering the strong people-to-people ties between the two countries,” she said.