In May 2017, Pakistan and China signed a Memorandum of Understanding through which China will fund and build a cascade of five dams on northern Indus, costing $50 billion, for 22,320MW of hydel power (Diamer-Bhasha 4,500MW; Patan 2,400MW; Thakot 4,000MW; Bunji 7,100MW; Dasu 4,320MW). The first of the five proposed dams, Diamer-Bhasha, is to be completed in nine years. The full cascade would take even longer — despite emergent energy needs….reports Hassan Abbas for Asian Lite News 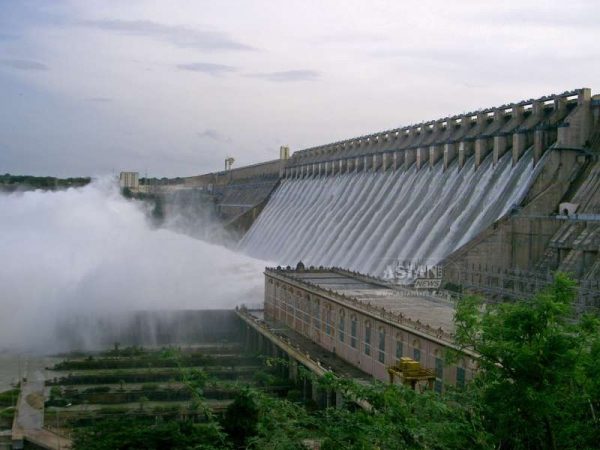 The true cost and completion dates of the cascade, however, are illusive.

“We find that even before accounting for negative impacts on human society and environment, the actual construction costs of large dams are too high to yield a positive return,” concluded a research paper from Oxford scholars, published in Energy Policy in June 2014. The study, based on 245 large dams across 65 countries, also concludes that, on average, large dams suffer from cost overruns by 96 per cent and completion schedule delays by 44 per cent.

This implies the likelihood of the cascade actually costing around $98 billion, and taking 20 years or so to complete. In other words, Pakistan’s taxpayers will borrow $98 billion (principal only), accumulating at the rate of almost $5 billion per year. So, when it comes to debt servicing after 20 years, the principal would have already ballooned close to $130 billion because of accumulated yearly mark-ups on loan instalments since the start of the project.

This ballooned principal would then be returned with its own mark-up when debt servicing starts. It can be safely assumed that taxpayers will end up paying in the tune of $200 billion for getting 22,320MW, or $9 per watt – three- to four-fold higher than the luring price tag currently on the display. And the much-needed electricity will not be at hand any earlier than 15 years, at best.

Padraig Belton reported in May 2017 in BBC’s Business News that in the year 2016 alone, China has added 34,000 MW of solar power to the grid. India’s Rajasthan province will be adding 8,000 MW for $800 million into the national grid through various solar and wind projects jointly funded by Clean Energy Fund, Asian Development Bank, and Government of India. This project costs India just $0.1 per watt. Compare it with $9 at Indus Cascade.

Even if there are no cost overruns and completion delays, the Indus Cascade will cost the taxpayers more than $3 per watt – 30 times higher than what solar costs today, not to mention project completion time.

Pakistan’s solar potential is as good as that of India or China. If China can supply itself with 34,000 MW in one year through solar, why can’t it ask them to help with 22,320 MW of solar in eight months — at a fraction of cascade’s cost?

The unfeasible economics of this hydel project, however, are marginal compared to the risks and threats such a cascade of construction will pose — sitting as it does in the middle of fast-eroding, highly-unstable, and seismically-active mountains at the junction of three tectonic plates. Recent volatile examples are the Attabad landslide in 2010 and the 2005 earthquake.

Dam-lakes in the mountains are prone to mega-tsunamis due to landslides, intensified by Venturi-effect in narrow valleys, overtopping (or even toppling) a dam with unimaginable destructive power. In 1963, a massive landslide crashed in the lake of Italy’s Vajont Dam causing an 820 feet high mega-tsunami wave, overtopping the dam, killing 1,910 people, and completely wiping out many towns and villages below the dam.

A landslide like Attabad crashing in to one of the cascade’s lakes could trigger a catastrophe of unprecedented proportions. In the unstable mountains of Karakoram, a moderate seismic tremor could be enough to trigger such a catastrophe.

And then there’s an even bigger threat in this volatile geology — magnitude 8.0 or higher earthquakes. Scientific American in August 2015 had highlighted the risk of an inevitable disaster when a magnitude 8.0 or higher earthquake would hit the region because none of the existing dams, mostly built in India and China, had been designed to withstand it.

The region is lucky not to have had that big an earthquake since the large-dam construction era began, but the possibility of a massive tremor, more powerful than the 2005 earthquake which measured 7.6 on the Richter scale, lurks over the horizon. Collapse of cascade under such circumstances would multiply the catastrophe beyond imagination — resulting in the complete annihilation of civilization along the course of the Indus river down to its delta, when the cascade of dams collapses like dominos.

Overtopping or collapsing of the cascade, however, may not be attributed only to natural events. The region has a volatile history of armed conflicts too. By building a cascade of dams — like dangerously positioned dominos — Pakistan would be gifting India a bomb bigger than a nuke in case of heightened tensions.

A few thousand tonnes of trinitrotoluene exploded to cause a glacial burst within Indian controlled Kashmir would be enough to create a deadly wave of water, ice and rocks to overtop the cascading dams and wash half of Pakistan into the Arabian Sea. Even if this scenario is very remote, should Pakistan’s defence planners allow such a strategic advantage to India?

Given the terrible economics, the possible dangers caused by natural disasters, and the security threat due to a possible war with India, it makes little sense that Pakistan is still going ahead with this project.