The hardest border to cross is the one constructed or fostered in our minds. Though many Indians are quite fond of citing “Vasudhaiva Kutumbakam”, or the world being one family, the sentiment may not only stop at their western frontier but also doesn’t prevent “borders” being drawn deep within the country. Why wouldn’t suspicions and misconceptions flourish?….Book review by Vikas Datta about ‘Reporting Pakistan’ written by Meena Menon 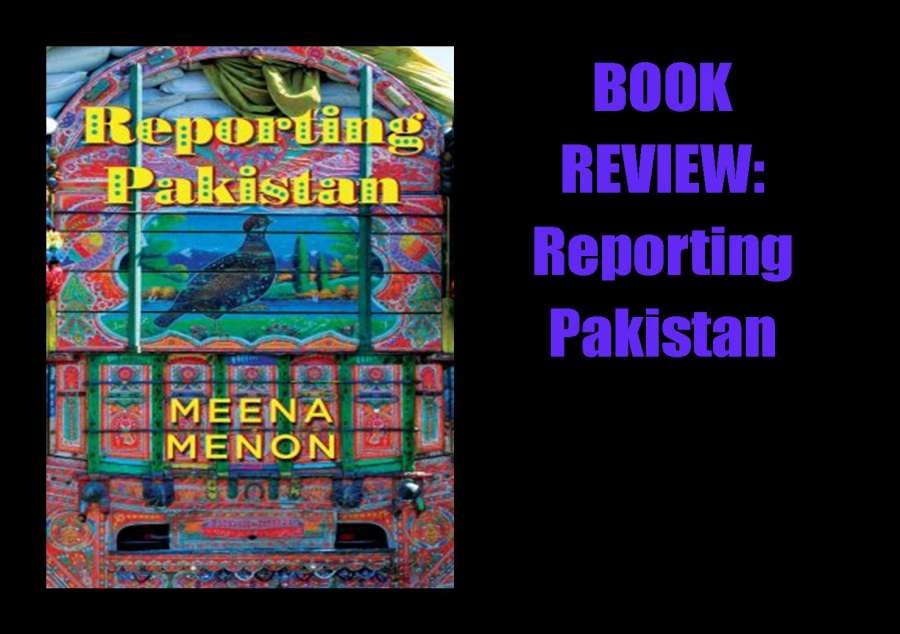 Just a few years after she became a journalist in 1984 and decades before her short stint of reporting from Pakistan, Meena Menon recounts she came across a “border” in Mumbai between a “cluster of shanties” and a “hillock with ramshackle huts” and was warned not to cross over to the latter. “That is Pakistan. The mosques are full of bombs and guns,” a “well-meaning” local party activist told her.

This was not the only case in the city or the state, she says or is the sentiment only rooted in space for those against “the so-called patriotic or nationalist notions of being Indian” will also be asked to go or be sent to Pakistan, deemed “a repository of people traitorous to India”.

The reality, as Menon brings out in her memoir of her less than an year but eventful stint in Pakistan as the Hindu’s reporter before she and fellow Indian agency journalist were summarily asked to leave, is quite different.

As her own case brings out, the “unshakeable feeling” in the minds of many Indians that it “must be a rotten place, anti-India, full of bearded men wanting to blow themselves up, and with guns and ammunition stored in mosques, burqa-clad women, and people straining at the leash to attack India” is quite far from the truth.

There are no doubt many obstreperous bureaucrats or suspicious or opinionated citizens with pre-conceived or hawkish notions, even a rare case of a diplomat who has hadn’t pleasant experiences of India, but Menon also notes that there are many more people, both official and common, who are delighted to meet Indians, ask questions about the country and are helpful as they can be.

Her account, spanning her nine-month stint in Islamabad, an earlier visit to Karachi in 2011 and filling subsequent details about many incidents she had covered or written about, is no attempt to sugar-coat the reality of a country which has many problems.

Apart from describing experiences of adapting to a new place which is not entirely unfamiliar or unfriendly, the bonhomie, or rather uncontroversial matters like art and culture and cuisine, Menon also unflinchingly writes about more serious issues, though seeking to clarify that she is “no expert” in bilateral relations.

These issues span terrorism and other insurgencies (blamed on India), development (or lack thereof), the continuing trauma of Partition, the “deep state” and its effect on politics and civil-military relations, the treatment of minorities, including the Ahmadis, down to the problems of transgenders, the quashing of student councils and the Left’s efforts to stay relevant.

Her reporting included visiting the aftermath of a terrorist attack where she can see policemen collecting body parts in plastic bags, attending the “treason” trial of former President Pervez Musharraf, interacting with 26/11 prosecutor (until he requested her to stop putting him into trouble), chronicling the plight of many marginalised sections, from displaced Christians, the Afghan refugees, and the Baloch.

In fact, her interview of Mama Qadeer Baloch, who held a “Long March” to Islamabad to raise awareness of the missing people of the sprawling but restive province got her into trouble with the Foreign Office and may have a contributing factor in her ouster.

There are also some comic incidents, though maybe in hindsight – Menon’s running into Sufi singer Abida Parveen without realising whom she was (though her fans can take solace in the fact that a longer and structured meeting soon follows).

And there are surprises galore – guess what you can find in the Parliament library in Islamabad?

But aware Indian readers will realise no doubt how common some factors are (or will be) in both countries, though outraged patriots on both sides will angrily demur. And the most effective lesson is that while the relations between India and Pakistan cannot be explained by logic, physics may be helpful, say as magnets brought near each other behave?