But how the US spurned a natural partner after trying to involve it to reach a solution is a story not many outside a small circle of high political and diplomatic movers and shakers of the 1980s may know…..Book review by Vikas Datta on ‘The Great Game in Afghanistan – Rajiv Gandhi, General Zia and the Unending War’, written by Kallol Bhattacherjee 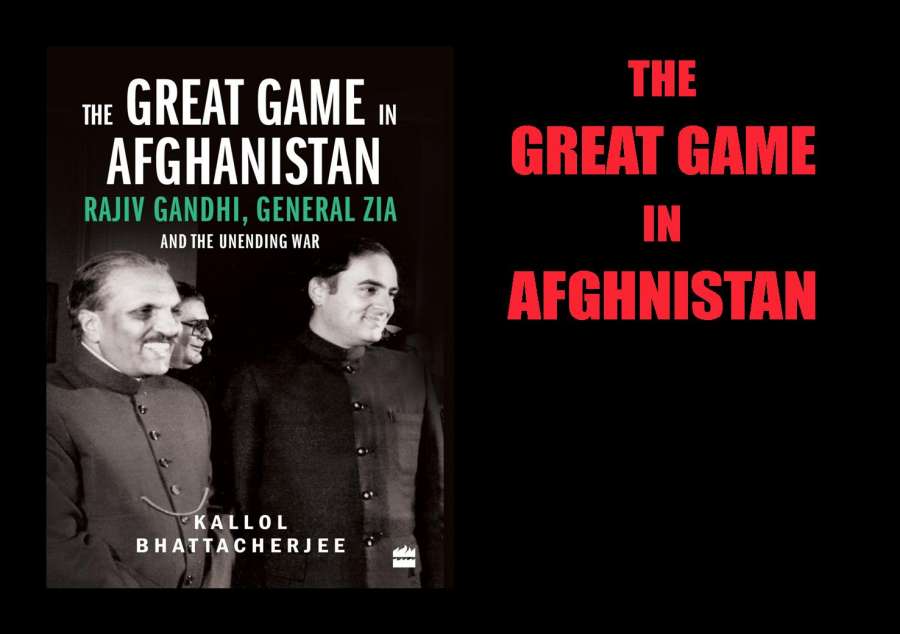 Donald Trump has become the third US President to send more troops to Afghanistan, in what has become his country’s longest-ever war — with no signs of any closure yet. But the Americans, who had a big part in launching the nearly four-decade-long crisis, also did forgo a chance of a settlement in its very first decade itself. By miffing India.

The list of the mistakes that the Americans committed in Afghanistan after deciding to oppose the Soviet invasion is long. We know too well how their fervent urge to defeat their ideological adversary made them oblivious to the means they chose to employ – – until their instruments became their own implacable enemy. Then, they failed to exert any meaningful influence over their chosen regional ally, who frequently played false with them, and always ignored its indiscretions.

But how the US spurned a natural partner after trying to involve it to reach a solution is a story not many outside a small circle of high political and diplomatic movers and shakers of the 1980s may know — and it is this that Kallol Bhattacharjee tells here.

Noting that while it is the hyphenated “Af-Pak” perspective that has gained ground, especially after 9/11, he says zeroing in on only Pakistan to explain Afghanistan’s predicament is not enough. And in this book, he seeks to offer “a counter-narrative of the narrow Af-Pak project to show that the focus of the crisis was much broader”.

“Diplomats who worked during these difficult years told me that the story of Afghanistan of the 1980s cannot be complete without going into how the United States, India and Pakistan worked on a peace plan and how the plan failed to take off due to differences between the stakeholders,” says Bhattacharjee, a journalist with extensive experience of South and West Asian affairs and conflicts.

Though there was a rather different configuration of allies and adversaries, it was a “Great Game” all over again, and India, under Rajiv Gandhi, was bound to be involved given the threat from a huge influx of weapons and radicalism to the region.

And India did try to use its good offices, but saw its efforts go nowhere — and got victimised in the bargain.

Beginning with a watershed event — the accident that killed Pakistan President Zia ul Haq in 1988 — he goes back and forth in time with his three principal protagonists: Zia, Rajiv Gandhi and then US Ambassador to India John Gunther Dean (whose career was ended shamefully when he questioned the official version of the crash) to narrate how this turbulent, “lost” decade not only squandered a chance to end one of the most destructive and destabilising conflicts ever, but also delayed a new global partnership.

Drawing from the papers of Dean — and in the process, rehabilitating his memory and contribution — and supplemented by interactions with key players like Indian diplomat Ronen Sen, then a key member of Gandhi’s office, and then Pakistani envoy to US Jamsheed Marker and others, Bhattacharjee not only offers a new look at the dynamics of the Afghan issue, but also the generational transformation of Indian politics and diplomacy in the Rajiv Gandhi years.

There is, alongside, the strong thread of how the prevailing toxic mistrust between India and Pakistan — even before the Kashmir issue came centrestage — prevented them from having normal relations, and how it would affect the destiny of the region itself — an impact which lingers on till now.

Bhattacharjee shows how this also cast a malefic influence on a promising new start between the world’s largest and oldest democracies, despite the positive chemistry between the top leaders.

While there are some problems — why Dean suspected Israel of killing Zia is never made clear, the language is sometimes clunky (too many ‘buts’ in a paragraph) and some factual errors (Pervez Musharraf could have never honoured Marker in 2011) — Bhattacharjee has created a spell-binding tale of missed opportunities, misplaced priorities, and Machiavellian gambits that no student of regional affairs can miss.