Blasts after blasts. The latest one claimed 150 lives and maimed hundreds. Who is to blame for the miseries of Afghanistan? None other than the neighbouring Pakistan. It is the North Korea of South Asia. .After decades of international military, political and financial engagement with Afghanistan, and Pakistan, the Taliban continue to be as grave a threat to the people as in September 2001?….explores Dr Sakariya Kareem 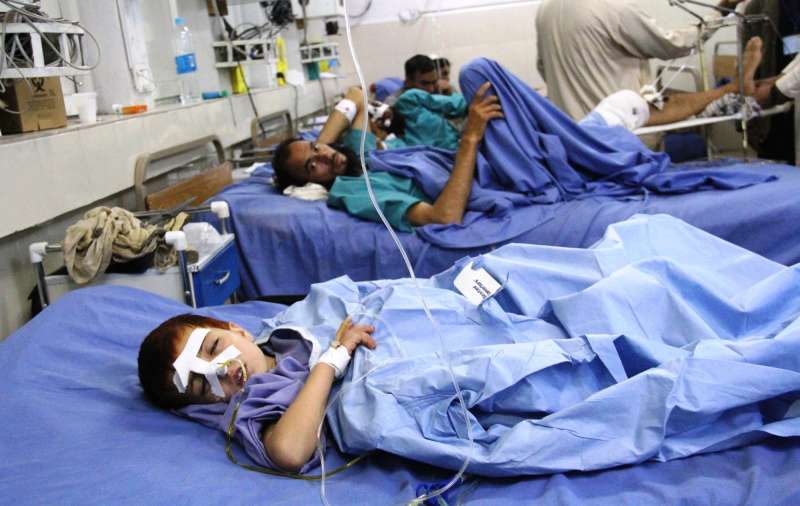 The world must not only condemn the latest series of bomb blasts and terrorist attacks in Afghanistan, which killed over a hundred persons, most of them innocent Afghan men and women, but also punish those who are behind these attacks. The world has paid enormous amount of sweat and blood, and tonnes of money, to keep Afghanistan safe, for people at home and outside. Several thousand lives have been sacrificed at the altar of this goal. But the end to violence and death in Afghanistan seems nowhere in sight.  The reason for this fatal failure is one: the role played by Pakistan, a country which has for long escaped being labelled a terrorist state.

It is not a secret that most of the terrorist attacks carried out in Afghanistan, and even in Pakistan, are perpetrated by groups which are supported, sustained and protected by Pakistan Army. A majority of the attacks inside Afghanistan are carried out by a terrorist group which calls itself the Taliban. In fact, the Taliban has claimed responsibility for these attacks.

These attacks must raise a fundamental question in the international capitals. Why, after decades of international military, political and financial engagement with Afghanistan, and Pakistan, the Taliban continues to be as grave a threat to the people as in September 2001?

The answer has been known to all for long but most of the countries have, for various reasons, chosen to deny or feign ignorance; some countries in fact have gone overboard to protect Pakistan at various forums. China’s role in supporting Pakistan and the terrorist groups it harbours is a case in point. And yet, these are the countries, and their leaders, who are quick to condemn terrorist attacks like the one which was carried out in Kabul on May 31 this year.

Pakistan’s role in terrorism has not been a secret either.  It has been known for several decades that Pakistan created terrorist groups to act as an instrument of the state, first against its own people, who dared to dissent, and then against its neighbours, India and Afghanistan. For long, the international community remained blind to the deceitful acts of Pakistan till, after hundreds of soldiers, from several countries, were killed by the Taliban despite its patron, Pakistan, being feted and funded by the same countries as a “non-NATO strategic ally“. No one realised that the Taliban, created by Pakistan, to help the US and its allies to oust the Soviet troops from Afghanistan, would turn against them, within a few years of the Soviet ouster.

Pakistan, on its part, not only kept the Taliban alive, sheltered in Quetta, Peshawar, Karachi, Rawalpindi, and of course Abbottabad, but it also created new sets of terrorist groups which they tasked specifically target India. The world in general denied and ignored the threat from these groups—Jaish-e-Mohammad and Lashkar-e-Tayyeba, till they realised that it was gravely fallacious to make distinctions between terrorist groups—they are all the same: despicable killers. This cloak of denial was ripped apart when al Qaeda chief, Osama bin Laden, was found living in the protective custody of Pakistan Army. That was in May 2011.

Pakistan is the North Korea of South Asia. It has not only made the region unstable but also the world that extends beyond the contours of South Asia. Pakistan Army’s continuous support of extremist and terrorist groups have made generations of young in Pakistan victims of radicalism, denying the millions their right to live a secure and honourable life.

But six years down the line, the only difference in the so-called “war on terrorism“ has been that while many of the terrorist groups have been degraded, their protector and sponsor, Pakistan, remain happily courted by major countries in the world, including China and the US. China has gone to the extent of promising an investment of over $45 billion in the next decade or so to link China with Pakistan through the China-Pakistan Economic Corridor. 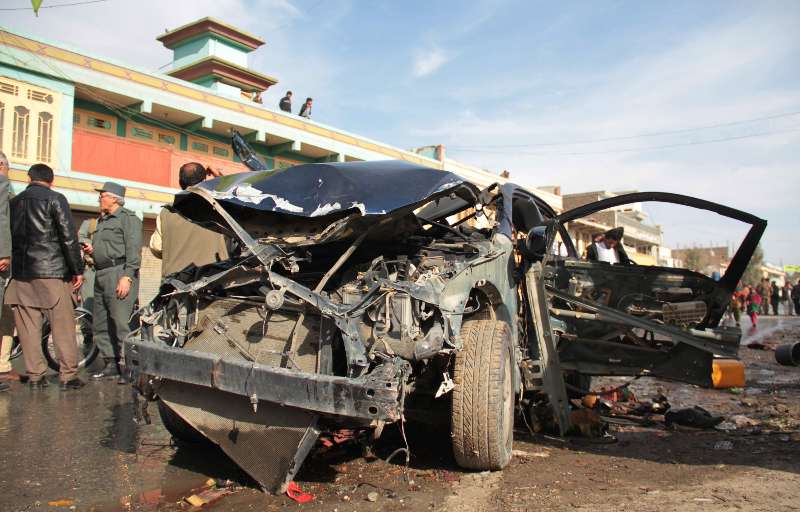 Pakistan is the North Korea of South Asia. It has not only made the region unstable but also the world that extends beyond the contours of South Asia. Pakistan Army’s continuous support of extremist and terrorist groups have made generations of young in Pakistan victims of radicalism, denying the millions their right to live a secure and honourable life.

Not only that, Pakistan’s intransigent act of supporting terrorist groups has made lives of a billion plus people in India, Afghanistan, Bangladesh and other countries highly insecure. Most of these countries, where millions live in poverty, were forced to divert precious resources to combat terrorism let loose by Pakistan, thereby denying their citizens access to health, education and other essential services.

This mollycoddling of Pakistan should have ended long back; it must now. Any delay in punishing Pakistan for continuing with its terrorist activities will extract a heavy price not only for the people of Afghanistan, as we are witnessing today, but also for India and Pakistan itself. Pakistan has created enough turmoil in the world, earlier with its nuclear blackmarket and then with its jihadi industry. It has refused to heed to the call of sane people of the world to give up violence and break away from terrorist groups. It has ignored the cries of its own people who have been suffering the brunt of terrorism for now a decade. It has not paid any attention to the threat of sanctions either. The last time the US decided to term Pakistan a terrorist state was in the 90s.

The only option the world has in dealing with the Pakistan problem is to impose a heavy price on its leadership for supporting terrorist groups and playing with the lives of billions of people. The sanctions must be simultaneous, severe and visible. Such sanctions need not affect the people of Pakistan but only the leadership, especially Pakistan Army. Once the world decides to punish Pakistan, China will fall in place or at least look the other way. An international call for sanctioning Pakistan for its acts of terrorism, in fact, will turn the people of Pakistan against their leadership and compel the army leadership to change their behaviour. This is only the way to deal with terrorist groups like the Taliban. This is the only way normalcy can be restored to Afghanistan. It will be first real war against terrorism.