The United Arab Emirates (UAE) released the State of the Future report, a first if its kind, in Davos containing over 100 forecasts for the next 40 years. The report was prepared in collaboration with 21 experts from organisations such as NASA, NYU Langone Medical Center, MIT, ConsenSys, and the SENS Research Foundation. It includes forecasts and explanations of trends in 7 key sectors such as Energy, Medicine, and Education. The predictions include artificial intelligence, blockchain, robotics and drones, self-driving cars, personalized medicine, biological engineering, alternative education, distributed energy, and many more.

“Today, we steadily move a step further in our mission to build the future, relying on sound studies performed by a prominent group of experts and specialists exploring the future of key sectors,” asserted Mohammed bin Abdullah Al Gergawi, Minister of Cabinet Affairs and the Future, Vice Chairman and Managing Director of the Dubai Future Foundation (DFF), as the Dubai Future Academy launched the State of the Future report on the sidelines of DFF’s participation in the World Economic Forum (Davos).

“These studies will serve as a reference for us as we strive to accurately forecast the trends of the future. They will also serve as an incentive for all sorts of organizations to start working on solutions for the challenges that will arise in the future,” he added.

“The report announces 112 predictions for the future of strategic sectors, such as energy, transport, and space, revealing that by 2020, 20% of households will run on solar energy, while electric, self-driving cars will make up 90% of all vehicles by 2035,” Al Gergawi said.

He added, “Working to build a bright future for the UAE starting today is at the very top of our list of priorities. It is a mission that requires in-depth knowledge based on thorough research and studies, and relies on innovators to devise tools and techniques that enable us to find solutions for all the challenges that face our societies.” 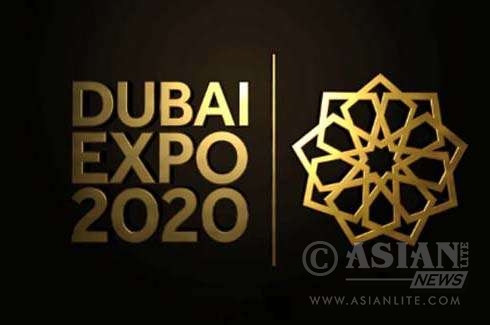 The State of the Future report – prepared by a group of prominent experts and researchers from all around the world – aims to forecast and proactively plan for the future. To that end, the report seeks to educate all relevant stakeholders, be they institutions or individuals, about the efforts and achievements that stand to build a bright and prosperous future for the UAE and the world, as well as to propose solutions to the challenges facing societies in the 21st century.

The report relies on statistics and numerical data to project accurate scenarios for the future of strategic sectors. Moreover, the study relies on the expert opinions of specialists from the most prestigious academic and research institutions in the world, including US space agency NASA, NYU Langone Medical Center, MIT, ConsenSys, and the SENS Research Foundation, to name a few. The State of the Future report forecasts the future of such key sectors as renewable energy, water, technology, health, education, transport, and space.

In the Energy sector, the report anticipates that by 2020, the electricity generated from renewable sources will be greater than the current combined demand of China, India, and Brazil, which are among the world’s most populous countries. And by 2025, 15% to 20% of households will run on solar energy, while electric cars will make up 90% of all vehicles by 2035.

In the Water sector, the report states that by 2022, technology will be able to determine the level of contamination in water by tracking the movement of fish. Meanwhile, most of the world’s seafloor will be mapped by 2030, predicts the report, cautioning that sea ice could vanish from the Arctic ocean completely as early as 2040. By 2050, the World Economic Forum asserts that, if we keep producing (and failing to properly dispose of) our trash at current rates, plastics in the ocean will outweigh fish pound for pound.

In the Technology sector, the report reveals that the AR/VR industry is drawing millions of dollars in investments and will be a $150 billion market by 2020. The increasing use of artificial intelligence in daily life will lead to machines committing a majority of crimes by the year 2040.

By 2042 Artificial Intelligence will play a major role on companies’ boards of directors and will be making many of their financial decisions. By 2050, meanwhile, technology will be seamlessly integrated into our homes, with robots cleaning and cooking for us while our furnishings automatically adapt to our body shapes and temperatures.

In the Health sector, the report predicts that a simple, non-invasive, saliva test will be available for around $20 that can detect tumor signatures in a subject’s saliva.

By 2026, laboratories will succeed in extending the lives of mice threefold, which could lead to breakthroughs in human life extension shortly thereafter.

Childbirth in artificial environments will come in the early 2040s, where we can optimize nutrition and prevent the exposure of embryos to alcohol and viruses.

The report also predicts that gene therapies will be widely available and provided by most governments by the late 2040s.

In the Education sector, the report forecasts that all publicly funded scientific papers published in Europe could be made free to access by 2020.

By 2030, advances in chemistry will allow us to use drugs and similar methods to alter and improve our students’ minds to optimize their brains for learning. Experts go on to predict that over the next 20 years, traditional methods of testing will be abandoned, and we will begin to focus on more holistic assessments.

In the Transport sector, the report says that by 2020 the world’s first hyperloop system could be in place in the world.

By 2025, experts predict, personal ownership of cars will be a thing of the past (at least in America).

Hypersonic airliners with a cruising speed of 6,100 km/h and excellent fuel efficiency will enter widespread commercial use by 2030.

According to the report, and shared cars will become a public utility service by 2040.

As for the Space sector, the report predicts that in 2018, the James Webb telescope will be launched and will be 100 times more sensitive than any telescope that came before it. This will allow us to see the earliest moments in our universe’s history.

Scientists will be able to scan for any objects within a 330-light-year radius of Earth, the report reveals, while the New Horizons satellite, which flew by Pluto in 2015, will exit the Solar System in 2040.

Furthermore, the report predicts that the first self-sufficient colonies will be established on the Moon and Mars by 2045.