The US government has lifted a ban on carrying electronic devices, including laptops, that was imposed in the carry-on luggage onboard direct flights from 10 international airports in eight countries of the Middle East and North Africa, for the flights flying between Abu Dhabi and the US….reports Asian Lite News 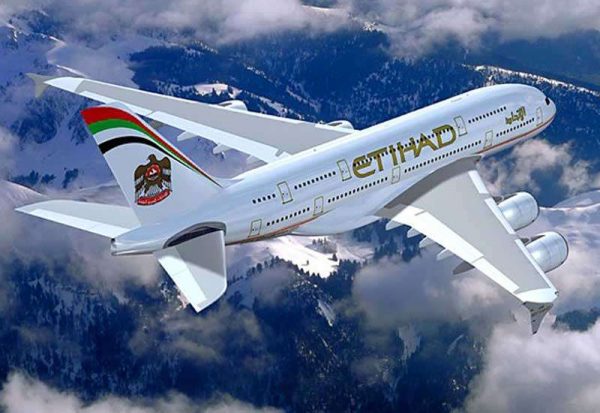 International carrier of the United Arab Emirates (UAE) Etihad Airways said the US Department of Homeland Security has lifted a ban on carrying electronic devices, including laptops, onboard flights between the UAE capital Abu Dhabi and the US.

The lifting of the ban followed “an in-depth review of security procedures implemented at the Abu Dhabi International Airport Pre-clearance Centre,” Xinhua quoted the government-controlled carrier as saying.

Under the new rule, which took effect immediately on Sunday, the passengers travelling to the US by Etihad Airways flights are allowed to carry all laptops, tablets and other electronic devices onboard, though they will “be subject to enhanced inspection and inspection procedures.”

“In this context, we would like to extend our sincere thanks to our distinguished guests for their understanding and loyalty during the period when the devices embargo was in force,” said the statement.

Etihad guests travelling to the US will be able to complete US immigration and customs clearance at the US Customs and Border Protection Pre-clearance Centre located at Terminal 3 at Abu Dhabi International Airport, the only facility of its kind in the Middle East.

Like US travellers, Etihad passengers who have passed the pre-clearance at the centre do not have to wait in the immigration and customs lines to complete the procedures again when they arrive at a US airport.

To further increase aviation safety, the US government imposed a ban in March on electronic devices in the carry-on luggage onboard direct flights from 10 international airports in eight countries of the Middle East and North Africa.

Currently, no US carriers operate direct flights to the UAE. The ban has caused confusion and public outrage in the UAE.