The US State Department’s description of Al-Mohammadiya Students (AMS) as LeT’s student wing is very relevant for India. It’s role in bloody students agitations in Kashmir last year needs probing. Who built up Burhan Wani as a young militant icon for school children as young as 11-year-old and use them as fodder for Pakistan’s anti-India machinery? ….writes Sakariya Abdul Kareem 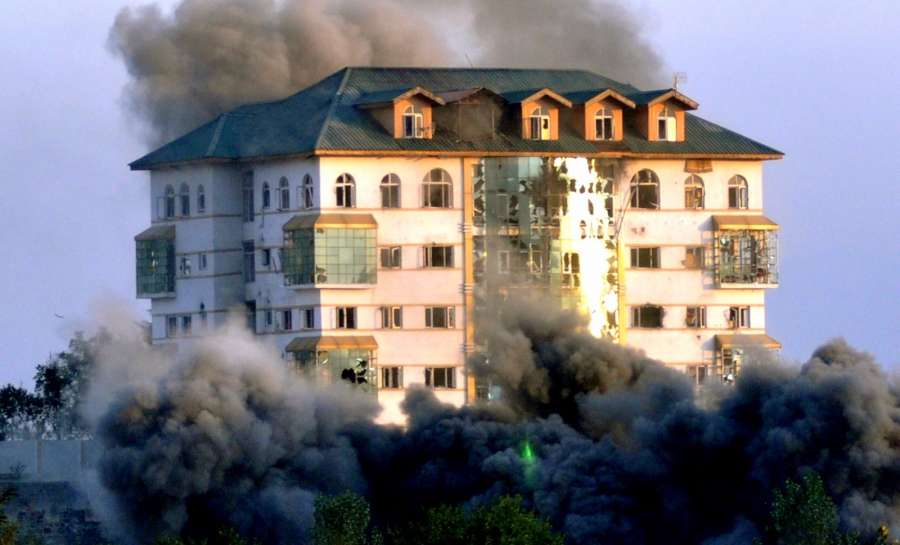 Within a year of 2008 Mumbai carnage, its perpetrator, Lashkar-e-Toiba (LeT) launched its subsidiary Al-Mohammadiya Students (AMS), unmindful of the world’s condemnation and the UN designation of the former as a terrorist body. It is quite possible that AMS was launched as a cover to continue LeT’s terrorist activities in case Pakistan succumbed to international pressure and restricted its operations. But the international pressure on Pakistan came like water off a duck’s back.

The United States pretended to be serious when it put a reward on the head of LeT founding chief Hafiz Saeed.  Saeed, who moved freely all over Pakistan and even in Pak-occupied Kashmir (PoK), ridiculed this reward. He dared the US to catch him. There was no pressure on the Army and its ISI to desist from patronising such terrorists. 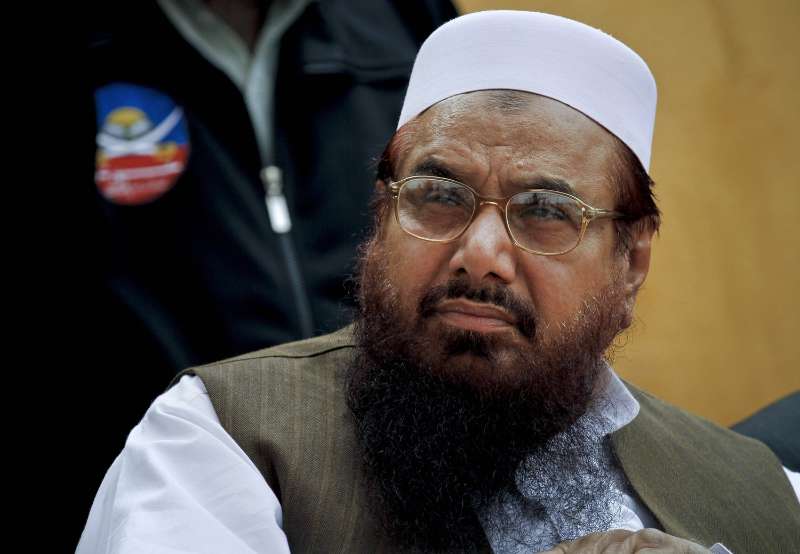 In 2009, Hafiz Saeed launched Al-Mohammadiya Students. Now, he blames Indian Prime Minister Narendra Modi for the US State Department’s ban this month on AMS as a terrorist organisation. He claimed this organisation works for the “guidance” of students in Pakistan. “Love for Kashmir is flowing in their blood and they cannot leave Kashmir on the mercy of India’’ he was quoted as saying by Jamaat-i-Islami, Pakistan’s Urdu daily, Jasarat. It is quite possible that young Kashmiri terrorist Burhan Wani, whom security forces killed in an encounter in July, 2016, was a find of AMS. It is also clear, whatever its name, AMS essentially is a terrorist organisation.

In a press release of the US State Department said the consequences of the Immigration and Nationality Act and Executive Order (EO) 13224 designations “include a prohibition against knowingly providing or attempting or conspiring to provide, material support or resources to, or engaging in transactions with this organisation, and the blocking of all property of designated persons subject to US jurisdiction”. At the same time the US designated two senior LeT leaders – Mohammad Sarwar and Shahid Mahmood. The former is LeT’s chief in Lahore.  The two were responsible for raising funds for supporting terrorist operations. The US thus exposed their operations, stretched from Ghaza and Syria to Bangladesh and Mayanmar.  This means that LeT is a global terrorist organisation possibly working with Islamic State, Al Qaeda and other terrorist groups, though Hafiz Saeed vehemently opposes IS ideology through his sermons. While in Pakistan, anti-India paranoiacs are told to support the LeT for its exclusive mission of wresting Kashmir from India for Pakistan.

At first, the LeT was set up as the militant wing of Markaz-ud-Dawa-ul-Irshad (MDI), which Hafiz Saeed formed in 1985 in Muridke near Lahore to preach jihad.  In January 2002, the then Pak President Gen Parvez Musharraf banned LeT as a terrorist organisation. But soon Hafiz Saeed revived it under a new name Jamaat-ud-Dawa (JuD) and didn’t let it stop its activities. Like LeT, other banned terrorist organisations too, changed their names and continued their activities. The government apparently had no objection despite the media cries.

The JuD in fact, as it turned out, was not a new name of the LeT but of the MDI which has been quietly allowed to go into oblivion. The ban on the LeT also got erased from people’s memory. Now Hafiz Saeed heads two organisations JuD and LeT with the Pak ISI’s patronage. The Army, believing that people have forgot that the JuD is a changed name of a banned terrorist organisation, LeT, tried to take it as a humanitarian organisation and forced it on calamity-stricken areas while keeping other relief agencies out in Pakistan. And thus another LeT front organisation, Falah-e-Insaaniyat Foundation (FIF), is being projected and patronised by Pak Army.

Hafiz Saeed continues to be the chief of both JuD and the LeT although lately he has started claiming that he has nothing to do with the LeT.  Thus, the banning of LeT was great fraud of Gen Musharraf on his benefactor, the US, from whom he took billions of dollars on the promise of keeping terrorists in Pakistan under control.

Gen Musharraf’s ban on LeT and four other terrorist organisations on January 2002 came about a month after the US State Department designated the LeT as a ‘Foreign Terrorist Organisation’. While designating AQMS last month the US State Department said: “Since the original designation occurred, the LeT has repeatedly changed its name and created front organisations in an effort to avoid sanctions. To that effect, Al Mohammadiya Students is the student wing of LeT.  Founded in 2009, AMS is a subsidiary of LeT and has worked with LeT senior leaders to organise recruiting courses and other activities for youth”.

The US State Department’s description of AMS as LeT’s student wing is very relevant for India. It’s role in bloody students agitations in Kashmir last year needs probing. Who built up Burhan Wani as a young militant icon for school children as young as 11 year old and use them as fodder for Pakistan’s anti-India machinery?  It is like brainwashing small children to make them suicide bombers. Wani was the commander of terrorist organisation Hizb-ul-Mujahideen. One can also recall that after his death in police encounter last July, it was revealed that just before his death Wani was in contact with Hafiz Saeed. After his death, Kashmir valley witnessed a contrived upheaval in Pakistan. Prime Minister Nawaz Sharif called him a martyr – all to incite the young Kashmiris.

Hafiz Saeed says the love for Kashmiris flows in the blood of Al Mohammadiya Students, but the fact is that LeT makes Kashmiris shed their blood for their designs while keeping their own blood safe.