It was a chilly February day and Dangwen and his wildlife monitoring team were on patrol along the upper reaches of the Yangtze river. The river was frozen solid — easy for poachers to walk over….writes Lü Zhi 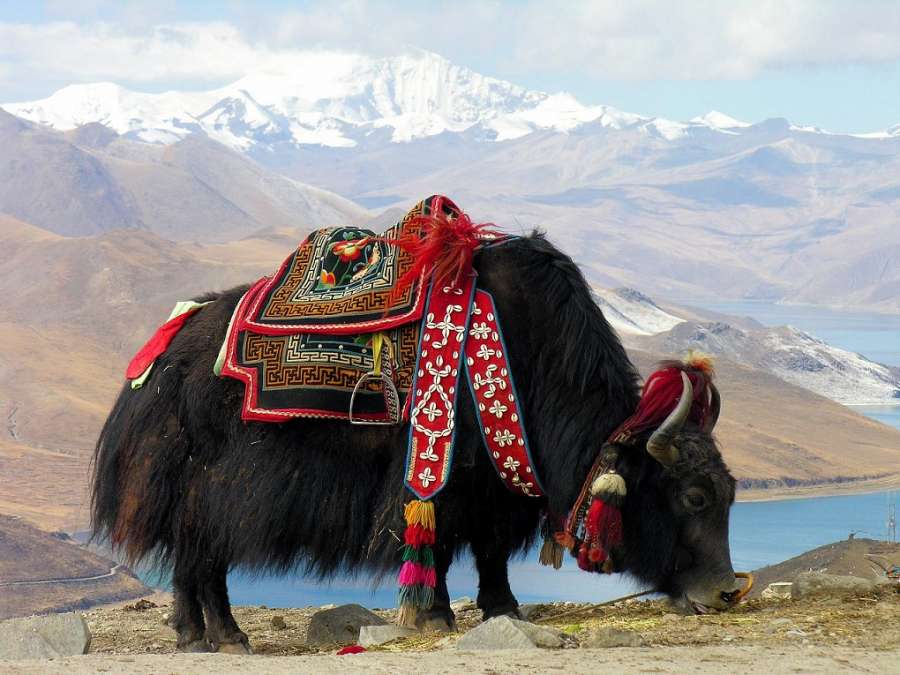 That day they encountered 220 blue sheep, five white-lipped deer, and a line of otter footprints. On the infrared camera traps they had set up throughout the valley, three snow leopards appeared — a mother and two cubs.

Dangwen comes from Yunta, a village located in Sanjiangyuan, Qinghai Province on the Tibetan plateau. The 400,000 sq km Sanjiangyuan area serves as an important habitat for rich and unique biodiversity, and is a watershed of the three largest rivers in Asia: the Yellow, the Yangtze and the Mekong, which serve one billion people downstream.

Dangwen isn’t officially a researcher or an activist, but he has taken it upon himself to monitor local wildlife with a team of other villagers as part of a conservation project driven by the Shanshui Conservation Centre, a Beijing-based NGO.

A mining company attempted to prospect the area almost a year before wildlife monitoring in the region started. The villagers were deeply disturbed because mining the mountains would go against the spiritual values of Tibetan Buddhism and threaten their safety.

When the Shanshui NGO proposed the idea of organising villagers to monitor wildlife and protect their lands in 2013, Dangwen volunteered without hesitation. Having grown up in the village, he is familiar with the land, the river and the wildlife, and he is proud of the sacred mountains surrounding them.

This is the fourth year that Yunta villagers have carried out this monitoring, patrolled the village to spot poachers, and managed rubbish to keep the land and rivers clean.

Monitoring data shows that local wildlife populations, including snow leopards, are increasing. The villagers’ conservation is officially authorised by the local government — and the mining company never returned.

Inspired by Yunta, four neighbouring villages began their own wildlife monitoring and anti-poaching patrols. With encouragement from local authorities, a village-based conservation network is being formed along the Tongtianhe Valley.

Recognised as a conservation priority, the Sanjiangyuan National Nature Reserve was set up in 2003 and designated a national park in 2016. But the area faces big conservation challenges: Government agencies have limited manpower to manage this vast area, and grazing rights at all its grasslands were given to households in the 1990s.

This means that conservation would not be possible without support from local Tibetan communities. As Buddhists, these communities embrace the value of respecting nature and caring for other living beings. Their system of sacred lands is similar to modern protected areas.

That makes them natural allies for conservation. Yunta’s experience has proved that with proper training, villagers can become qualified conservationists. Essentially, they are providers of ecological services and should receive benefits from conservation in return.

Based on this experience, a policy recommendation was made to the government, and the newly designated Sanjiangyuan National Park quickly responded.

A total of 16,400 jobs as guards, with monthly salaries of around $260, are to be offered to villagers living inside the park — one per household. The next step is to explore the possibility of reducing grazing in key habitats to allow wildlife — especially large carnivores such as snow leopards — to thrive, and to slow down grassland degradation.

The Tibetan plateau is the last place in Asia to maintain an ecosystem that is relatively intact, and where large carnivores and ungulates roam freely. Many of these — such as the snow leopard, the Tibetan brown bear, the Tibetan antelope, the wild yak, the Tibetan wild ass, the Tibetan gazelle, and the blue sheep — are unique to the region.

Maintaining this vast ecosystem is challenging because the local population of pastoralists is rapidly increasing. The human population of Sanjiangyuan has doubled since 1980.

Meanwhile, global climate change may have added to pressures on the grassland. Is it possible, under these conditions, to protect the ecosystem successfully while supporting the cultural and economic well-being of Tibetan communities?

After three decades of fast economic development, a better environment is becoming a higher priority. Several large ecological programmes have been initiated — perhaps among the largest financial schemes in the world — to pay for protecting and restoring forests, grasslands and wetlands.

Public participation in conservation is now protected by environmental laws. Political will, the interests of society, and traditional values are all coming together.

This makes us believe that coexistence between humans and nature is not just wishful thinking. Yunta offers a strong starting point.