The Gujarat High Court disposed off the petition filed by Essar Steel challenging the RBI direction to a consortium led by the State Bank of India to refer cases of 12 companies, including Essar, to the National Company Law Tribunal (NCLT) and initiate insolvency proceedings….reports Asian Lite News

The Gujarat High Court dismissed Essar Steel’s petition challenging the Reserve Bank of India (RBI) directive to lenders to initiate insolvency proceedings against the company, though it also reprimanded the central bank for trying to assume a role above quasi-judicial authorities.

Disposing off the petition, Justice S.G. Shah, in an 83-page order, stated that no relief could be granted to the steel major given that it had huge non-performing assets (NPAs) over Rs 32,000 crore and the matter should be taken up and decided at National Company Law Tribunal (NCLT).

The court clearly stressed that this would not mean there would be no options for the company and observed the merits or otherwise of the insolvency proceedings would be decided at the NCLT, which is the adjudicating authority.

Justice Shah restricted his judgment to the company’s challenge to the RBI’s directive to banks to initiate action against it and the right of the lenders to do so.

Essar Steel, in its July 4 petition, challenged the RBI direction to a consortium led by the State Bank of India to refer cases of 12 companies, including Essar, to the NCLT and initiate insolvency proceedings. The central bank’s June 13 directive was issued through a press release. 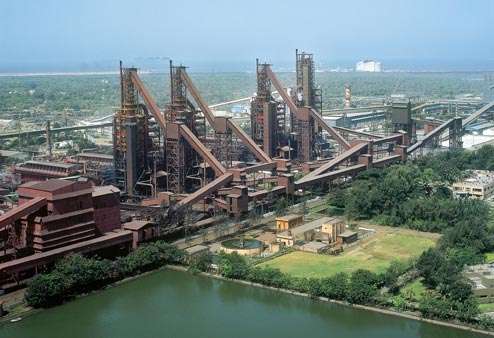 The petitioner also included Standard Chartered Bank, which was a lender for Essar’s foreign offshore arm, among the respondents, claiming that it was also acting on diktats of the central bank.

Essar had claimed that unilateral action was being initiated when it was in a restructuring mode and objected to being clubbed with 11 other firms.

In a statement, the company said that their plea before the court was that “it should have been given time to complete its debt restructuring as we apprehended that referring the company to the IBC (Insolvency and Bankruptcy Code) at this stage may result in deterioration of the company’s operations and in fact, may delay the resolution discussion with the banks”.

It said it would now raise its plea before the NCLT.

Essar Steel said it was in advanced stage of discussions with lenders on its debt resolution proposal, payment of Rs 3,467 crore had been made to banks between April 2016 and June 2017, and that there had been substantial improvement in all its operating parameters.

The RBI’s counsel disputed the points raised by Essar stating that it was not true that the company was discussing restructuring of repayments with banks and that insolvency proceedings would help the company to shape up and not close it down.

The court steered clear from going into the nitty-gritty of these arguments.

Referring to the RBI’s June 13 press release, Justice Shah however told the central bank that it “has to be careful while issuing press releases; it must be in consonance with the constitutional mandates, based upon sound principles of law, but in any case should not be in the form of advice, guidelines or directions to judicial or quasi-judicial authorities in any manner whatsoever”.

“Thus the intention which is disclosed by the RBI is clear that they will identify the accounts, will issue directions to banks to file insolvency proceedings under the IBC and such cases will be accorded priority by the NCLT; as if they are directive authority above NCLT.”

The court took note of the apology tendered by the counsel for the RBI as well as the central bank issuing a press release as a corrigendum deleting the “directive” to the NCLT after the judge’s strong observations.