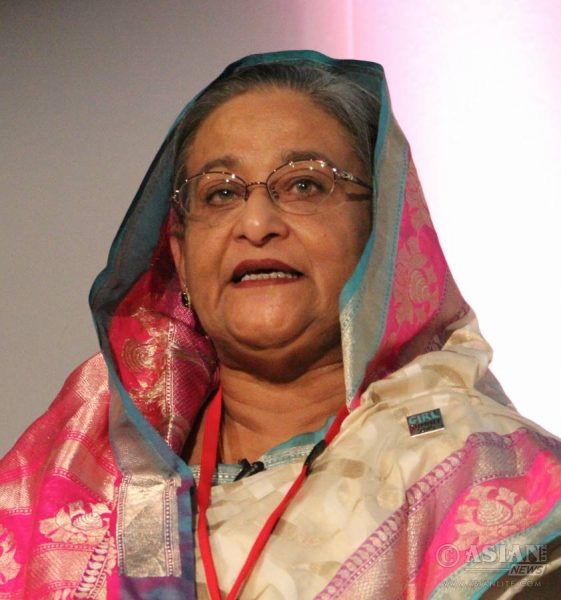 “She along with a few members of her delegation arrived at the dargah around 11 a.m. and spent 30 minutes in the premises,” Khadim Kamaluddin Chisti said.

“She wished for peace and prosperity in her country as well as good bilateral relations with India,” the Khadim said.

Laying a chaadar over the mazaar, Hasina performed her ‘ziyarat’ with the help of Khadim Kamaluddin Chisti.

Dedicated to Hazrat Khawaja Moinuddin Hasan Chisti, the 13th century Sufi saint, the dargah is one of the most important pilgrimage centres for people from all faiths. Millions team in to Ajmer to offer prayers here every year from different parts of the world.

Unprecedented security arrangements were put in place at the dargah sharif here for Prime Minister Sheikh Hasina’s visit. Dargah was also vacated before she reached Ajmer, 140 km from Jaipur.

The main bazaar near the dargah was closed.

Earlier, Hasina reached Jaipur on Sunday morning from where she with other members left for Ajmer in a helicopter, officials said.