The Australian government’s campaign to lure Indian students for higher studies is bearing fruit as nearly 80,000 of them enrolled in various education and training courses in 2016. Overall, Australian universities and vocational training institutes have experienced another bumper year with more than half a million international students choosing to study Down Under….writes Paritosh Parasher 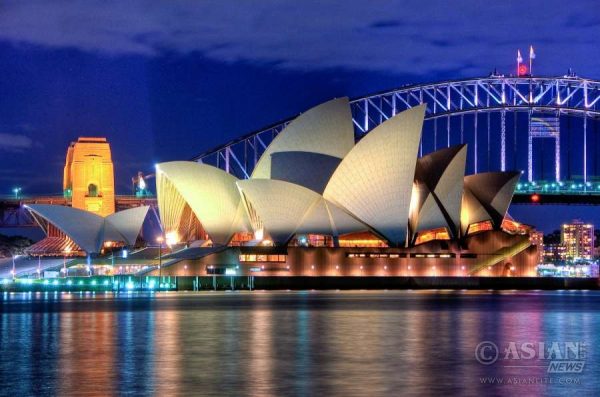 The numbers are likely to increase exponentially in the coming months as, according to some media reports, international students are beginning to shun the US because of the anti-immigrant policies of President Donald Trump.

With the US and UK occupying the top two positions, Australia is ranked third as the favoured destination for international students.

“With record student numbers and record student satisfaction, 2016 was a ‘gangbuster’ year for international education in Australia and the vital role it plays in our national economic and social prosperity,” Australia’s Federal Minister for Education and Training Simon Birmingham said in a media release Wednesday.

While the United States continues to be the number one choice for Indian students, Australia is clearly the second-most popular destination.

A record number of 78,424 students from India enrolled in Australia in 2016. This represents an increase of 8.9 per cent on 2015 and is second only to China. India’s gigantic northern neighbour continues to occupy the numero uno position with 196,315 (an increase of 15.7 percent on the 2015 enrollment figures). The number of commencements has also been going northwards with every year.

The higher education sector has also maintained its top position with 43 per cent students opting for such courses in 2016. According to statistics provided by the Department of Education and Training, China and India accounted for 36.8 per cent and 14.6 per cent, respectively, of enrolments by students in higher education.

The fascination of Indian students for vocational training courses continued for another year as students from the country accounted for 14.7 per cent enrollments in the sector.

Melbourne has always attracted the bulk of Indian students and 2016 was no exception as 34,347 enrolled in various Victorian institutes. New South Wales (which has Sydney as its state capital) was number two on the list as 18,900 Indian students enrolled there in 2016. Some experts blame higher living expenses in Australia’s largest city Sydney for this phenomenon.

Thanks to the “gangbuster” year, international education has once again regained its position as the third-largest export sector. International students generated more than A$21 billion (Rs 1 trillion) of economic activity in Australia.

If some media reports are to be believed, the revenue generated by international education may hit a new high in 2017 as, thanks to President Trump’s contentious policies, more international students would pack their bags and move to Australia.

So, if the aftermath of 2001 caused international students to think twice about America, what will happen this time with Trump stirring up nativism and suspicion of foreigners with every tweet and aligning himself with white supremacists? An Australian Financial Review columnist posed this query recently.

One would have to wait for a while to answer this question.