Surujmuni Marandi, 24, decided to deliver her baby at the district hospital in Godda, Jharkhand. Like many, she was drawn to the idea of free medical assistance, medicines, nutrition and postnatal care for poor, pregnant women promised by Janani Suraksha Yojana (JSY), the government programme aimed at reducing Indias high maternal mortality rate (MMR)….writes Devanik Saha 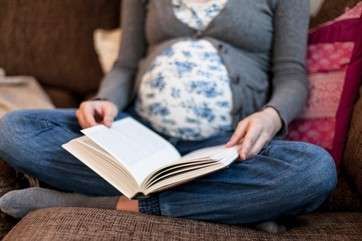 Marandi ticked all the boxes in the JSY profile of a woman who needs to be incentivised to deliver in a hospital: She was an adivasi, poor, had little access to health facilities, and would have gone for a traditional home-birth if it wasn’t for the scheme. Marandi should have had an easy time delivering her son at the hospital. But, as a documentary by activist media group Video Volunteers shows, she is denied everything that JSY promises.

Marandi, debilitated by labour pain, was made to wait six hours for a doctor who finally did not turn up for duty. She was asked to pay for medical attention and medicines, and denied the nutrition and care that was her right. Denied basic facilities, even the use of a toilet, she finally delivered with the help of a nurse.

The number of institutional deliveries rose by 15 per cent over the decade ending 2014, mostly aided by the JSY. Deliveries in government hospitals rose by 22 per cent, fell by eight per cent in private hospitals and home-births dropped by 16 per cent. But 167 women are still dying per 100,000 live births, as per latest government data. This is despite a 70 per cent fall in MMR over 25 years.

Why aren’t institutional deliveries resulting in fewer deaths during childbirth? Simply incentivising institutional deliveries isn’t enough to push down MMR and infant mortality rate, wrote Ambrish Dongre, Fellow, Centre for Policy Research, in a 2014 analysis of the JSY. Physical and human infrastructure for maternal health and the quality of care too should improve, he said.

The public health infrastructure, it appears, is simply unable to support the rising number of institutional deliveries that the government is encouraging. And this could possibly explain why India’s MMR is worse than Sri Lanka (30), Bhutan (148), Cambodia (161) and the entire Arab world.

Under the programme, pregnant women in rural areas who live below the poverty line are to be given cash assistance — Rs 700 in HPS and Rs 1,400 in LPS — so that they opt for birth in a government or accredited private health facility.

In reality, the JSY has failed to cover the poorest women, according to a 2014 analysis of JSY data by researchers from Georgetown University. Some focus states report MMRs that match those of world’s poorest countries — Mauritania (320), Equatorial Guinea (290), Guyana (250), Djibouti (230) and Laos (220).

There is a lack of association between MMR and the rise in institutional births, according to a 2013 report, which analysed different government data for 284 districts across nine focus states. It is likely that women most vulnerable to maternal death are not getting the JSY benefits, the report said.

Marandi’s story is repeated in hospitals across India. In Odisha’s Subarnapur district, families of patients are forced to hire private vehicles, pay for check-up and delivery at government health facilities. They do not receive cash incentives — Rs 1,400 under JSY and Rs 5,000 under the state’s Mamata Yojana.

As in Marandi’s case, 60 per cent of women in Uttar Pradesh said they had to pay for certain public maternal health services, according to an assessment of JSY conducted by United Nations Population Fund in Bihar, Madhaya Pradesh, Odisha, Rajasthan and Uttar Pradesh in 2012.

There is a 77 per cent shortage of obstetricians and gynaecologists in Community Health Centres (CHCs) nationwide, according to the Rural Health Statistics 2016 released by the Ministry of Health and Family Welfare. And 15 states and Union territories have more than 90 per cent shortage of obstetricians, gynaecologists in CHCs.

The CHCs constitute the secondary level of health care. These provide specialist care to patients referred from Primary Health Centres (PHCs), four of which feed into each CHC, serving roughly 80,000 people in tribal, hill or desert areas and 120,000 on the plains.

Sanitation facilities at public health centres where women deliver are inadequate as well. In the video, Marandi can be seen struggling to find a toilet after she is given laxatives before childbirth. In one instance, she simply squats outdoors in public to ease herself.

“The government encouragement of institutional deliveries is based on the idea that poor people choose to deliver at home either out of ignorance or an inability to make the right decisions or due to cultural norms and the exercise of (male) power,” argued Jishnu Das, lead economist, World Bank, in a 2014 blog. “But an alternate starting point is that people were not using institutions to begin with precisely because quality was low, and that increasing quality would also bring more people in.”