Forced into exile from power for the past over a dozen years, the Indian National Lok Dal (INLD) is virtually trying to manufacture its political revival in Haryana….writes Jaideep Sarin 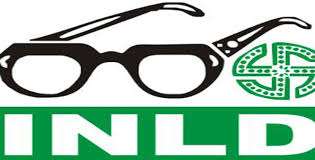 The INLD’s latest stunt, on February 23, in trying to build hysteria over the controversial Sutlej-Yamuna Link (SYL) canal issue of getting water from neighbouring Punjab, could have dangerous implications for people in both the states as this is a particularly sensitive issue.

On the face of it, the INLD protest — which it calls “Jal Yudh” (Water War) — was a non-starter from the word go.

The Supreme Court is not only seized of the issue but has already given orders favouring Haryana’s stand on the water-sharing matter with Punjab. The apex court has made it clear to Punjab that water has to flow into Haryana through the SYL canal.

The hyped protest had a rather truncated and muted end on Thursday, with the INLD leaders and few hundred supporters reaching the Punjab border and then offering arrest to the Punjab Police.

This was in sharp contrast to the earlier stated position of INLD Secretary General Abhay Chautala that the party will enter Punjab, dig up the canal and get the water for Haryana “at all costs”. Chautala, some INLD lawmakers and supporters ended up cooling their heels in the Patiala jail instead.

The reasons for Chautala and the INLD getting edgy are not difficult to understand.

For one, the party has been out of power in Haryana since March 2005. Om Prakash Chautala, Abhay’s father, remained Chief Minister from July 1999 to March 2005.

The third reason is that the INLD’s top leadership, barring Abhay Chautala, is serving a prison sentence in Delhi’s Tihar jail. Former Chief Minister and INLD supremo Om Prakash Chautala and his elder son, Ajay Chautala, along with a few other leaders, were sentenced by a CBI court in Delhi in the JBT (Junior Basic Teacher) recruitment scam for 10 years in January 2013.

Abhay Chautala has been trying to keep the INLD flag flying despite the adverse personal and political circumstances. The INLD managed to salvage some points as it edged the Congress to return as the main opposition party in the Haryana assembly elections in 2014. Abhay is now Leader of the Opposition in the state assembly.

With Haryana’s first BJP government, headed by former Rashtriya Swayamsewak Sangh (RSS) pracharak Manohar Lal Khattar, facing governance issues in its first two-and-a-half years in office, and the Congress grappling with serious infighting among top leaders in the state, the INLD is seeing a glimmer of hope for itself in the 2019 assembly polls.

The INLD is trying to create political space for itself by raking up the SYL issue and even lending “behind the scenes” support to the Jat agitation in Haryana. Though the party continues to enjoy a strong cadre base, it is yet to be seen how much the rest of the electorate finds the INLD’s actions credible.