In the semi-arid Kutch region of Gujarat, Israeli experts have been training batches of Indian farmers in advanced agricultural practices to cultivate dates. The initiative, which is part of the bigger Indo-Israel Agriculture Project, is a further boost to the “already progressive” farmers of the region who have been growing a range of fruits and even exporting them to countries like the UAE and the UK….writes Azera Parveen Rahman 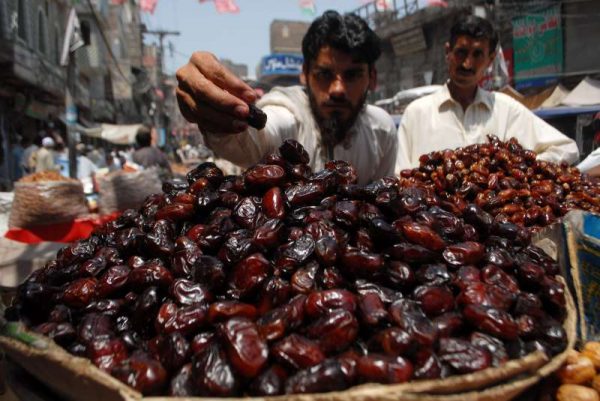 According to Falgun Modh, Deputy Director of the Horticulture Department in Kutch, the partnership on this particular initiative, which began in 2009-10, is now in the third phase and has been successful in giving a much-needed impetus to farmers to learn the latest farming technology to remain abreast with changing times.

“The role of Israeli experts has been mainly to provide technical support. The concept of tissue culture, on which there was no expertise here, is being taught, and so are other things like how to raise a nursery and post-harvest technology so that the produce can last longer and farmers can earn a good profit,” Modh said.

The Indian harvest of dates, farmers say, coincides with the monsoon and therefore this perishable fruit has to be consumed in the raw form instead of the stage at which it is exported. Post-harvest technology will help farmers deal with this issue.

Having said that, farmers of the region are quite progressive when it comes to adopting new techniques in agriculture and some are already exporting dates, apart from other fruits, to countries such as the UAE. In Kutch, it’s usually the Barhi date variety that is cultivated. Originally from Iraq, the Barhi variety is in high demand in Europe, Malaysia, Canada, and the US, according to farmers.

According to Modh, there have been a series of seminars, and a two-day programme was organised recently for 150 farmers. “Thanks to a translator, although the experts spoke in Hebrew, there was no communication barrier,” he said.

The Indo-Israel Agriculture Project involves setting up of centres of excellence through which Israeli know how is being brought to local farmers through hands-on training and Israeli technology, thereby increasing productivity and crop diversity.

To begin with, nine states, including Bihar, Gujarat, Haryana, Karnataka, Maharashtra, Punjab, Rajasthan, Tamil Nadu and Uttar Pradesh, were picked for the centres of excellence. States can have more than one centre of excellence, building expertise in a particular fruit cultivation or in other fields such as beekeeping and floriculture. Now six more states — Andhra Pradesh, Goa, Madhya Pradesh, Mizoram, Telangana and West Bengal — have been added to the list.

In the case of Kutch, the centre of excellence for dates is coming up near Bhuj, Modh said.

In the third phase of the project, apart from setting up new centres, new activities such as post-harvest technology, water recycling, agricultural machinery, and organic farming will be explored in these centres.