Bharatiya Janata Party’s Kerala unit President Kummanem Rajasekheran said he is prepared to go to jail if he has done a wrong….reports Asian Lite News 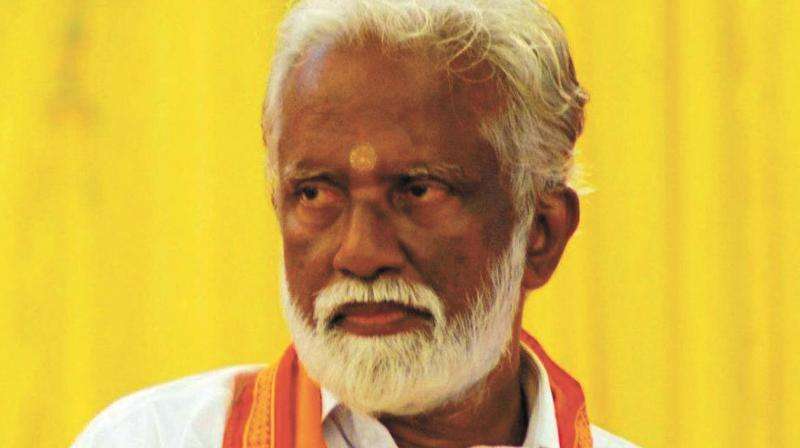 On Monday, Chief Minister Pinarayi Vijayan told the Kerala assembly that soon after the murder of a Rashtriya Swayamsevak Sangh (RSS) activist in Kannur district last week, there was a Facebook post by Rajasekheran that showed the celebration of the Communist Party of India-Marxist (CPI-M) workers.

Vijayan went on to say that “none knows where this purported celebration took place, and the police have already begun a probe into this and will register a case if it is found to be wrong”.

“When I do something, I do it with conviction and I welcome the probe by police into my post. I do not even mind going to jail. If I have done a wrong, let them arrest me. Police have to conduct the probe into it,” Rajasekheran told reporters.

Last Friday, Biju, an RSS worker and also the 12th accused in a murder case involving a CPI-M worker last year at Payyanur, was first knocked down by an Innova car and then hacked to death.

Since then, the BJP and the CPI-M have been against each other. The BJP has demanded imposition of the Armed Forces (Special Powers) Act (AFSPA) in Kannur district, which has been strongly opposed by the CPI-M.

Kerala state CPI-M Secretary Kodiyeri Balakrishnan on Tuesday told reporters the BJP is trying to flex its muscles and use its central government to clamp the AFSPA on Kannur.

“Using the Centre, the BJP is trying to impose AFSPA in Kannur and this is basically meant to target the CPI-M using the Army. The only reason why the RSS/BJP is trying to do this is they are a party which is standing aloof from the people,” said Balakrishnan.

He added that the CPI-M will not protect whosoever is responsible for the murder of Biju.

Two activists of the CPI-M youth wing have been arrested over Biju’s murder.

In a related development, Kerala Police chief T.P. Senkumar, following a complaint by Mohammed Siraj from Kannur against the video posted by Rajasekheran, has directed the Kannur district police chief to probe the case and submit his report.

Union Minister for Skill Development Rajiv Pratap Rudy is scheduled to arrive in Kannur on Wednesday and visit the victim’s house.