India has the fourth largest number of billionaires globally, with Reliance Industries (RIL) Chairman Mukesh Ambani heading the list of more than 100 high net worth individual Indians, as per the latest listing by American magazine Forbes….reports Asian Lite News 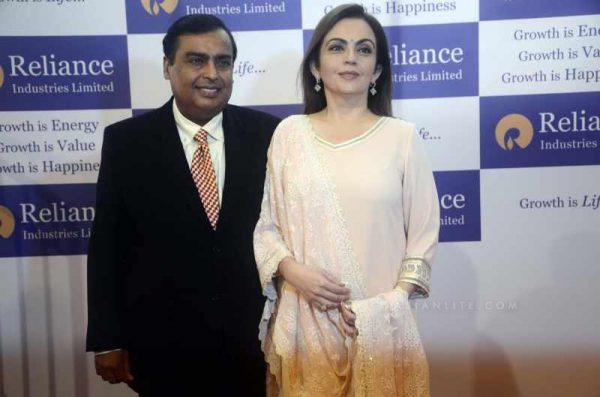 The US, with 565, has more billionaires than any other nation. China comes next with 319, while Germany is at number three with 114.

Microsoft co-founder Bill Gates heads the list for the fourth year in a row with a fortune of $86 billion, up from $75 billion last year.

Mukesh Ambani tops the list of Indian billionaires, and is placed 33rd with a net worth of $23.2 billion.

Forbes said the RIL chairman sparked a price war in the Indian telecom market with the launch of the Jio4G phone service last September. His younger brother Anil is ranked 745th with a net worth of $2.7 billion.

The US magazine said Anil Ambani “orchestrated the merger of his Reliance Communication’s telecom business with that of rival Aircel, controlled by Malaysian billionaire Ananda Krishnan. The combine, which awaits regulatory approvals, will be the country’s fourth-largest mobile phone operator”.

ArcelorMittal Chairman Lakshmi Mittal follows next at the 56th spot with a net worth of $16.4 billion.

About Mittal, Forbes said: “The world’s biggest steelmaker also got a reprieve from import tariffs on steel imposed by the US and Europe and a one-time $832 million saving from a new labour contract signed last year with its US workers.”

Mobile wallet Paytm founder Vijay Shekhar Sharma is ranked 1,567 with his net worth of $1.3 billion and is “one of the biggest beneficiaries of the government’s decision to demonetise 86 per cent of India’s rupees and move to a cashless economy”, Forbes said.

Only four women billionaires from India feature in the list, led by Savitri Jindal at 303rd with a net worth of $5.2 billion.