The Indian start-up ecosystem is evolving and it is time for stakeholders to move to the next level and collaborate with the external eco-system, says K.S. Vishwanathan, Vice President at Nasscom….writes Aparajita Gupta

“It is now time for the companies to move to the next level of mid-stage and growth,” Vishwanathan, who is also head of Nasscom’s 10,000 Start-ups programme, said.

The National Association of Software and Services Companies (Nasscom) is a trade association of Indian information technology and business process outsourcing industry.

He also added that start-ups should begin collaborating with the external ecosystem, like academia and international alliances.

“Every year around 1,300 new start-ups get added and about 300 get dropped,” said Vishwanathan.

“In India, the success rate of start-ups is at 28 per cent (compared to 10 per cent in the US), which is very high. We should not worry about it. The key thing is to understand whether the idea is viable or not. If it is not, then it is better to fail early and then recover or get out of it and start something afresh,” he added. 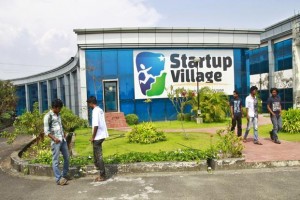 About 60 per cent of technology start-ups are in the business-to-consumer space and 40 per cent are in business-to-business space.

The ambitious 10,000 Start-ups programme was started by the association in 2013 to scale up the ecosystem of such companies by 10 times in 10 years. The programme is supported by the government and industry and managed by Nasscom.

Additionally, the programme has nurtured 6,000 start-ups through a virtual programme.

Talking about the roadmap ahead, Vishwanathan said: “We hope to touch 10,000 virtual training (programmes) in the next four years.”?

“The programme gives special importance to women entrepreneurs,” said Vishwanathan, adding that four years ago female entrepreneurs comprised only two per cent of the start-up pie. That figure has now gone up to 11 per cent.