Northeast could feed India up to 1,100 MW of power by yearend….writes Sujit Chakraborty 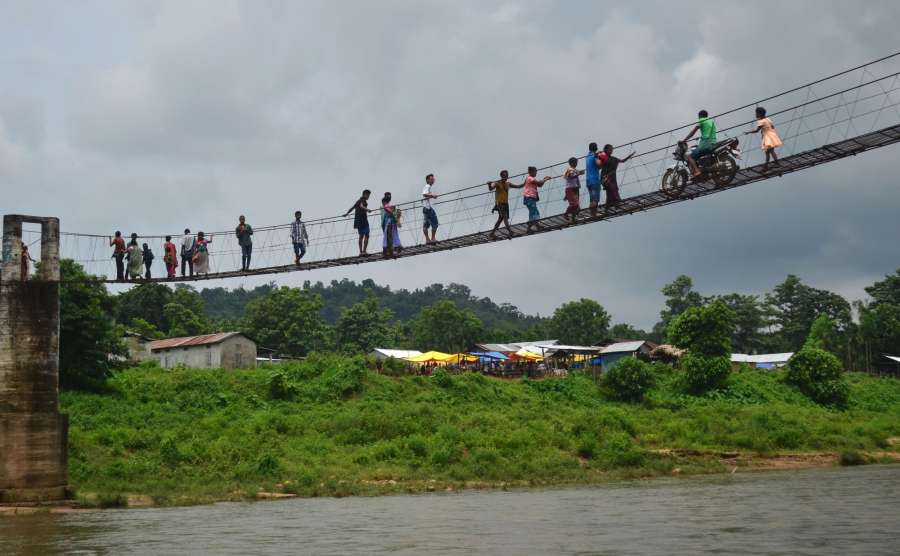 The northeastern region, with its huge energy potential — 50,000 MW, by some estimates — could soon become the “power house of India”. And taking a small first step in this direction, it is expected to feed the rest of the country up to 1,100 MW by the end of this year, energy experts say.

Seven northeastern states, excluding Sikkim, currently have an installed capacity of 2,690 MW, but as some of the plants are very old, the output is some 100 MW short of the peak-hour demand of 2,200-2,300 MW. However, there is a surplus of 300 MW during off-peak hours, while another 767 MW of capacity will be added by year-end. Sikkim is self-sufficient at 95.70 MW.

“NEEPCO’s generation capacity would rise to 2,060 MW by this end-2017 as commissioning of three more power projects would be completed much before the end of this year,” NEEPCO Chairman and Managing Director A.G. West Kharkongor told IANS.

“The company is now commissioning three power projects — 600 MW and 110 MW capacity plants in Arunachal Pradesh and another of 60 MW capacity in Mizoram,” he added.

“If the government allows NEEPCO, it would supply surplus power to other states of the country,” Kharkongor said.

And, to feed the surplus power from the northeast to other parts of India, the state-run Power Grid Corporation of India Limited (PGCIL) has erected 800-kv capacity and 1,728-km-long High Voltage Direct Current (HVDC) transmission line from Biswanath Chariyalli in Guwahati to Agra in Uttar Pradesh at an investment of Rs 12,000 crore ($1.8 billion).

The power ministry has estimated the hydro-power potential of the northeastern region at 58,971 MW, almost 40 percent of the country’s total potential, but only less than two per cent (1,200 MW) has been exploited till last year.

Energy expert Sudhindra Kumar Dube said that the power generation potential of the northeastern region must be utilised with proper planning.

“The region has not only potential to generate a huge amount of hydro-power but also has scope to set up more gas- and coal-based plants in the region,” Dube told IANS.

NEEPCO also plans to generate at least 1,500 MW from non-conventional sources of energy such as solar and wind power in the next five years.

With a population of 45.58 million in the northeastern region, the eight states including Sikkim, have a per capita electricity consumption of 257.98 kilowatt hour (kWh) against the national average of 778.71 kWh.

State Power and Transport Minister Manik Dey said that Tripura has agreed to supply an additional 100 MW of electricity to Bangladesh over and above the 100 MW being supplied since March 23, 2016.

“The Bangladesh government has sought more electricity from India to tackle its power crisis in the eastern part of the country. India’s power ministry recently wanted to know whether the Tripura government is ready to provide additional 100 MW of power to Bangladesh. We have accordingly agreed,” Dey told IANS.