The northeastern region, long considered backward in growth and business terms, is poised to add heft to India’s dominant position in global software exports and the IT industry….writes  Sujit Chakraborty 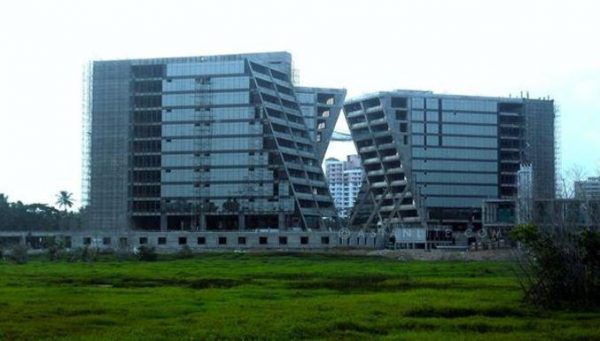 “Aiming to further boost India’s software exports and strengthen the IT industry, six IT parks and hubs have already been set up in six capitals or cities of the northeastern states — Guwahati, Shillong, Imphal, Aizawl, Kohima and Agartala,” Software Technology Parks of India (STPI) Director General Omkar Rai said during a visit here.

“A Memorandum of Understanding has been signed with the Arunachal Pradesh government to set up another IT park in Itanagar. These IT parks and hubs in the region would further strengthen India’s software exports and IT business across the world,” he added.

Rai, who was in Tripura in connection with the opening of northeast India’s sixth and largest IT hub in Agartala, said it is the STPI’s 57th centre in India.

Built at a cost of Rs 50 crore ($8 million), the Agartala IT hub was jointly set up by the Tripura government and STPI, an autonomous society under the Union Ministry of Electronics and IT.

The STPI chief said that total volume of India’s IT industry is $144 billion and the total software, and IT services export of the country was estimated at $108 billion dollars in 2015-16.

“Currently India has an excellent, strong position in software and IT services export and IT business around the world. We would be penetrating further in the coming years across the world if the Indian and multinational companies work together.”

“Our aim is to beat the US, China and a few European countries in software exports, IT services and IT business. To realise this goal, the government of India, the states and private industries must work collectively.”

Rai said that with the setting up of third International Internet Gateway (IIG) in Agartala through Cox’s Bazar in Bangladesh, eastern India would be able to boost India’s ambitious plan to capture the global IT market.

The Agartala IIG is the third such internet gateway after Mumbai and Chennai.

India has spent Rs 19.14 crore to create the infrastructure for the Agartala IIG to get access to the 10 gigabit bandwidth from Bangladesh Submarine Cable Company Limited (BSCCL).

For this, an optical fibre cable link has been established between Akhaura (along Agartala) and Cox’s Bazar in southeast Bangladesh.

India has to give BSCCL around Rs 8 crore per year as rent.

Rai said that according to the agreement signed between Bharat Sanchar Nigam Limited (BSNL) and BSCCL, if the demand increases, BSNL can avail up to 40 gigabit bandwidth using the same infrastructure.

The government extends several incentives to the IT sector. These include, customs duty exemption on imported goods, reimbursement of Central Sales Tax (CST) and Excise Duty exemptions on procurement of indigenously-manufactured goods.

“These measures have been major contributory factors for the sector to flourish and have taken the country to a dominant position in IT services in the world,” Rai maintained.