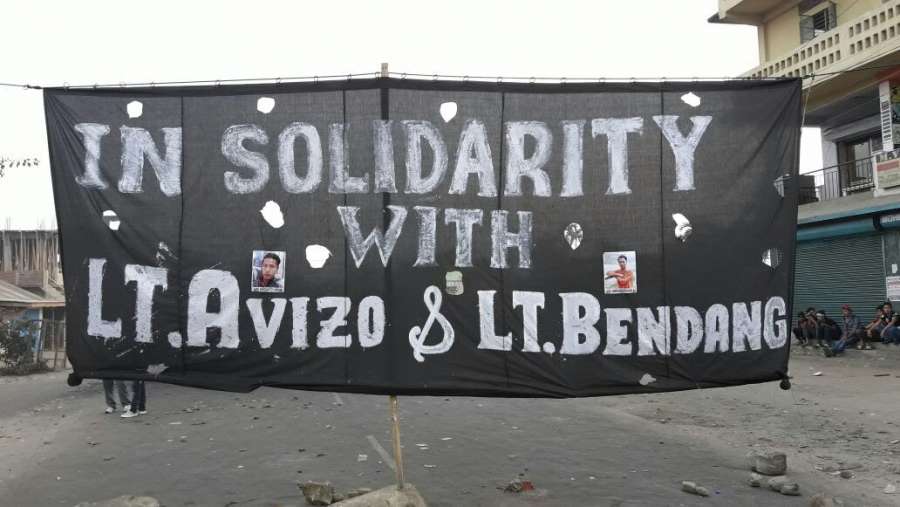 The political development came after more than 50 legislators, including Independent members of the 60-member Nagaland Assembly, “signed a letter of support” in favour of Rio.

The NPF legislators along with the Independent legislators are camping in a resort at Kaziranga National Park in Assam. Zeliang and Rio are expected to meet the legislators later to discuss the transition of power.

“There will be a formal meeting later in the evening to complete the formality and then meet the Governor to stake claim and form the new government,” he added.

Earlier, on Wednesday 42 of the 49 legislators had unanimously supported NPF supremo Shurhozelie Liezietsu as their new legislature party leader to break the deadlock between the agitating groups and the government.

However, a group of nearly 20 legislators, including some cabinet ministers, were against 84-year-old Shurhozelie as their legislature party leader.

In fact, Rio and Zeliang met Union Home Minister Rajnath Singh late Friday night in New Delhi, and finalized change of guard to break the deadlock between the agitating tribal Naga groups and the minus any opposition Democratic Alliance of Nagaland government over the issue of 33 per cent reservation for women in civic elections.

“I have heard about the political development but let me meet the legislators before I comment on anything,” Rio, a three-time Nagaland Chief Minister, told IANS after landing at Dimapur airport in Nagaland.

Nagaland has been on turmoil since January, after the NPF-led government decided to hold local body elections in 12 towns across the state with 33 per cent reservation for women.

Agitating tribal groups — under the banner of NTAC and Joint Coordination Committee (JCC) — have been demanding the resignation of Zeliang over his decision to conduct civic bodies’ elections with 33 per cent reservation for women.

The government continued to shut down internet and mobile data service to stop the spread of rumours through social networking sites. It later declared the civic elections as “null” and “void”.

Three persons were killed and many injured following clashes between the police and the public, who were opposing the civic polls.

NPF legislator Neiphrezo Keditsu had resigned as Chairman of Nagaland State Mineral Development Corporation Limited on moral grounds since one of the persons killed in the Dimapur police firing was from his village.

Nagaland has never elected a woman legislator since it gained statehood in 1963. The lone woman MP from the state was Rano M. Shaiza, who got elected in 1977.

In the 2013 Assembly elections, two women candidates — one fielded by BJP and an Independent candidate — contested unsuccessfully.