Farmers in the agrarian states of Punjab and Haryana are often blamed for causing environmental and health concerns by burning crop residue but scores of farmers also suffer burning of their crop for no fault of theirs….writes Jaideep Sarin 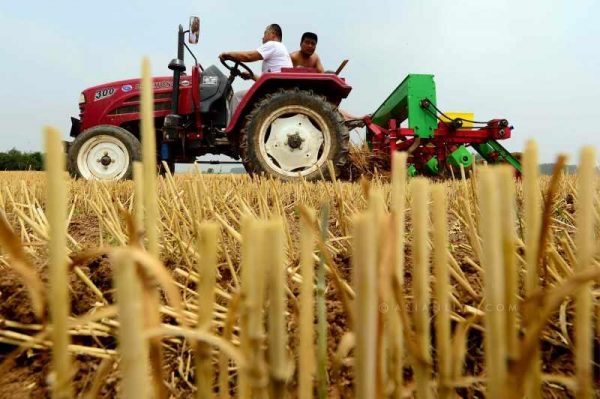 Incidents of standing wheat crop being burnt to cinder across hundreds of acres in Punjab and Haryana have come to light in the past 10 days, just ahead of the harvest.

The reason? Short-circuiting of overhead high-tension electricity wires that criss-cross agricultural fields in both states.

In Punjab’s Patiala district, for instance, the crop over nearly 200 acres in Kathgarh Chana and Khagta Kalan villages was burnt last week.

“The short-circuit can happen anytime — day or night. While in the daytime, the fire is noticed by someone and steps are taken to control it, at night it can cause extensive damage,” farmer Jagir Singh of Patiala district said.

“We had been complaining to the electricity department officials that the loose overhead electricity wires are dangerous, but they have not replaced these on time. This has led to the damage,” he added, pointing to his own loss of over Rs 2 lakh.

The Sangrur-Patiala highway was blocked by farmers for some time last week near Sohiyan village after the wheat crop — ripe and ready after four to five months of intense effort — was damaged on five acres of land. The fire was caused by a short-circuit.

“A similar incident took place last year. The authorities failed to replace outdated electricity wires,” farmer Balwinder Singh of Jheormajra village pointed out, adding that he was going to harvest the wheat crop when the incident took place.

Officials of the Punjab State Power Corporation Limited (PSPCL) say that they try to replace the defective wires but sometimes the exercise takes time.

“Whenever we get complaints from farmers and village panchayats regarding faulty and loose wires, we try to repair them on priority. However, sometimes a delay occurs and farmers have to suffer,” an Executive Engineer with PSPCL said.

Farmers rue the fact that they are forced to fend for themselves as the fire brigade facility is available only in major towns and cities.

“The fire brigade reaches the spot after one hour or even later. By that time, the fire spreads. At times, villagers use local resources to douse the fire,” farmer Gurjant Singh of Bathinda district pointed out.

On Wednesday, wheat crop on 23 acres of land of two farmers was damaged in Chugte Khurd village of Bathinda district due to a short-circuit in the overhead electricity wires.

Revenue officials have to calculate the loss suffered by farmers in such incidents so that the authorities can provide some compensation to the farmers.

Green Revolution state Punjab, which occupies just 1.54 per cent of the country’s geographical area, contributes nearly 50 per cent of foodgrain to the national kitty. The production in neighbouring Haryana is nearly 40 per cent of that of Punjab.