After widespread criticism, “Metro man” E. Sreedharan has been invited to the inauguration of Kochi Metro on Saturday by Prime Minister Narendra Modi, it was announced….reports Asian Lite News 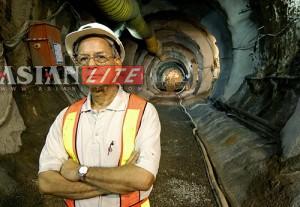 After it became clear on Wednesday that Sreedharan was not among the invitees to be with Modi on the dais, Kerala Chief Minister Pinarayi Vijayan wrote to the PMO.

But the request to include local legislator P.T. Thomas on the dais was not accepted.

Modi will arrive at the Kochi international airport on Saturday morning and will be driven to the Pathadipalam railway station to take a Kochi Metro train to Palarivattom, six kilometres away.

From there he will drive to the Jawaharlal Nehru International Stadium to officially launch Kerala’s first metro by addressing a public meeting.

He will return to Delhi after a brief meeting with the Kerala cabinet led by Vijayan.

In the Kochi Metro project, which is 25 km long, trains will run for 13 km between Palarivattom and Aluva from June 19.

Work on Kochi Metro began in 2012 after the Oommen Chandy government entrusted the project to Delhi Metro Rail Corp, with its principal advisor Sreedharan overseeing it.