The Supreme Court ruled that seeking votes on the basis of religion, race, caste or language of a candidate or a rival or of the voters is illegal. It said election was a secular exercise and elected representatives too have to work on secular lines….reports Asian Lite News 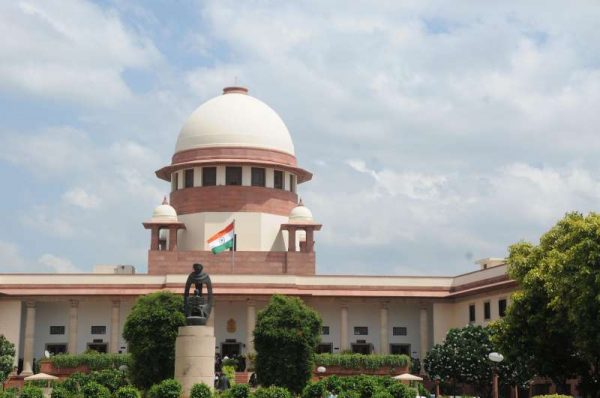 Most political parties as well as the Vishwa Hindu Parishad (VHP) and the Jamat-e-Islami Hind (JIH) hailed the ruling. The dissenting voice came from within the bench.

A Constitution bench headed by Chief Justice T.S. Thakur was split 4:3, with three of seven judges not agreeing with the observation of the narrow majority.

The majority ruling said mixing of State activities with religion was not permissible, pointing out that the relationship between man and God was an individual choice.

The court said this while interpreting Section 123(3) of the Representation of People’s Act, 1951, that spells out corrupt practices.

While agreeing that seeking votes by invoking religion, race, caste, community and language was a corrupt practice, the dissenting judgement by Justice D.Y. Chandrachud, Justice Adarsh Kumar Goel and Justice Uday Umesh Lalit said prohibiting people in electoral fray from speaking about the legitimate concerns of the people reduced democracy to abstraction.

Pointing out that there should be no judicial drafting of the law, Justice Chandrachud, speaking for the minority group, observed that there was also no law that barred dialogue and discussion on issues that concerned voters and the same should not be construed as an appeal to gain votes.

Many political parties and religious bodies welcomed the ruling.

Communist Party of India leader D. Raja said the court had sent out a strong message.

“One will have to wait to find out if the RSS (Rashtriya Swayamsewak Sangh) and other Sangh Parivar outfits and various fundamentalist groups will abide by this ruling,” Raja told IANS.

Congress spokesperson Priyanka Chaturvedi told IANS that the ruling was vital in the wake of “religious and caste equations” dominating politics. “Some parties have made religion and caste part of their ideology. This needed to be discouraged.”

Rashtriya Janata Dal spokesman Manoj Jha said the ruling would help in “curing an anomaly” created by an earlier verdict by the apex court.

“I believe this is a milestone moment for Indian politics and public life,” said Jha. while pointing to the 1995 verdict by Justice J.S. Verma-headed bench.

The court then held that seeking votes in the name of Hinduism was not a “corrupt practice” , which would result in setting aside the election of the winning candidates.

Trinamool Congress MP Sukhendu Sekhar Roy said: “We welcome the verdict that establishes elections to be a secular exercise.”

The Vishwa Hindu Parishad said the politics based on caste, community and religion had harmed the country.

He said politics based on caste, language, region or religion had “harmed our nation very much” and that “national integration has also been damaged by this practice”.

The Jamat-e-Islami Hind (JIH) said the prohibition to use religion to gain votes should be strictly implemented.

“Although the Supreme Court ruling is not something new as the existing law already bars people from stoking communal sentiments to get votes, this order should be implemented in letter and spirit,” JIH Secretary General Mohammed Salim Engineer told IANS.