Tata Westside apologised and withdrew a new clothes line from all stores after complaints after drawing flak from the Jain community for printing  ‘Navkar Mantra’ on its ladies kurti-suits….reports Asian Lite News 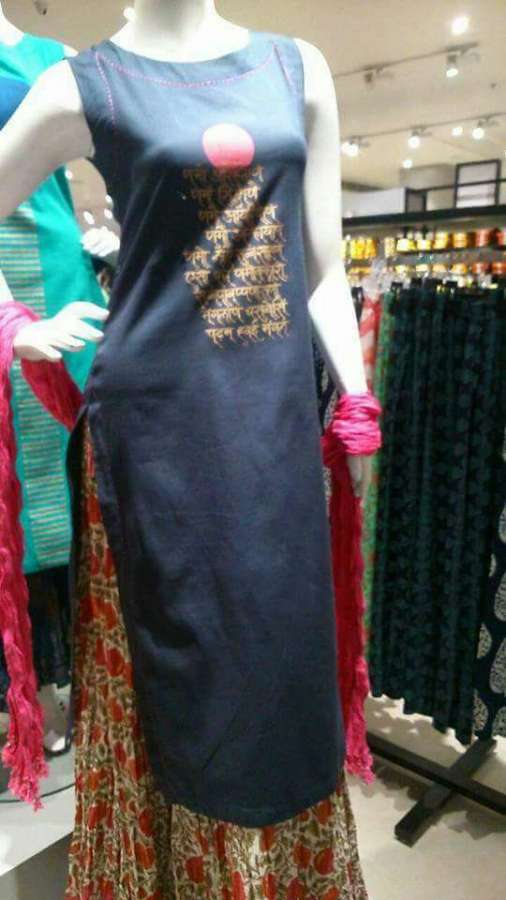 The development came after diamond trader Dharmesh Jhaveri and others shot off angry emails to Tata Westside, taking umbrage at the printing of the revered ‘Navkar Mantra’ on its ladies kurti-suits.

“It’s shocking and disgusting on part of business giant like Tata to fall for such a cheap mindset of printing ‘Navkar Mantra’ kurtis to sell a product to earn,” wrote Jhaveri, who lives in Ville Parle.

It has hurt the sentiments of millions of Jains, he said and demanded an immediate written apology from the company, besides destruction of all stocks of the offensive new clothes line, the launch of which coincided with the ongoing holy ‘Paryushan’ festival.

“It’s surprising how a huge group like Tatas sought to profit from the ‘Navkar Mantra’ which all Jains across the world considered extremely holy and auspicious. We are relieved better sense prevails and they have agreed to withdraw the clothes line,” said an agitated Jain housewife Neena M. Gala of Borivali.

Reacting, Tata Westside admitted this evening that they had received complaints pertaining to the ‘content’ of the kurti-suits.

“Any sentiments hurt on account of the said kurtis is purely inadvertent and unintended. We sincerely apologise for any inconvenience caused,” said an official email from the company.

The company also announced that it had “forthwith withdrawn” the kurtis from its retail stores.

The ladies kurti-suits were available in different shades and colours with the holy ‘Navkar Mantra’ printed on the front upper side, which were displayed prominently on mannequins and in showcases, Gala said.