A moderate 5.8 magnitude earthquake hit Uttarakhand on the night of February 6. As usual, there was the news rush — breaking news, specialists’ comments and the like. But the earthquake news was somewhat eclipsed by the current charged election environment….writes Arun Bapat 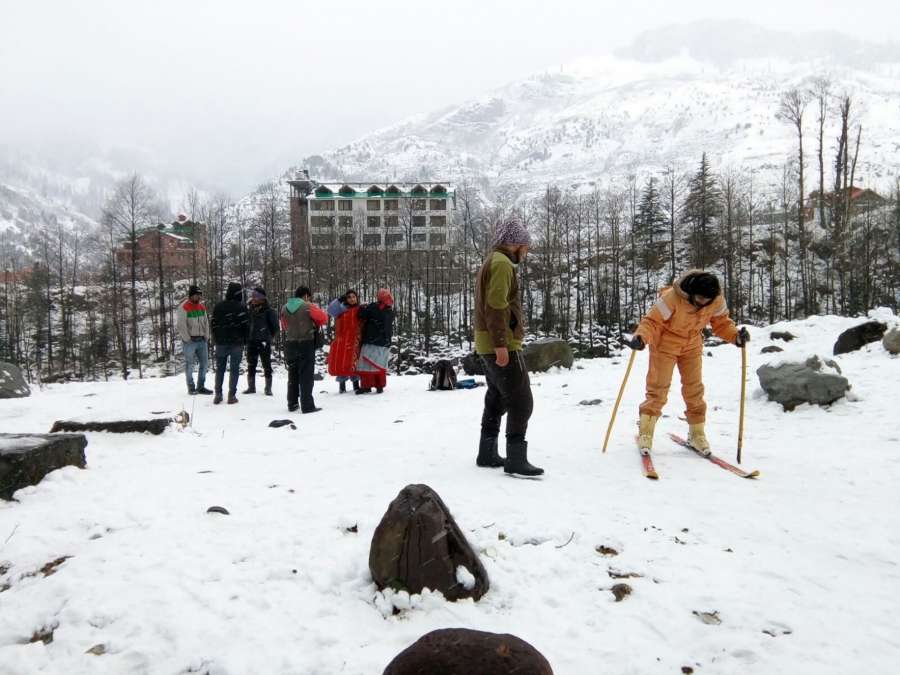 An earthquake’s effects are all-pervasive and every sector needs to account for it. Earthquake mitigation efforts during the post-seismic period require large amounts of financial aid. However, in most of the states, the disaster management offices are normally headed by the Revenue Secretary.

India has two types of disaster management offices. There is the National Disaster Management Authority (NDMA) and, at state level, the State Disaster Management Authority (SDMA). The state agencies follow the directives, instructions and rules of the NDMA. Some of the praise-worthy and creditable work by NDMA is rescue and evacuation in Japan after the Fukoshima earthquake and tsunami of March 2011. Similar were the efforts after the December 26, 2004, earthquake and tsunami in the Indian Ocean and after the heavy downpour in Chennai in December 2015.

Most of the mitigation efforts are for the post-seismic (or post-disaster) period. The principal aim has been focused on engineering retrofitting and strengthening of weak structures. This involves some action that may be difficult to implement due to administrative and financial reasons.

For retrofitting a house the funds required are a big problem. Very few owners are ready to invest an additional amount of about five percent of the total cost to ensure seismic safety in new constructions. Similar is the case of re-strengthening. Moreover, these are long-term efforts and so the significance is not immediately realised by the common man.

As far as seismic disaster mitigation and management are concerned, there are no time-bound or mission-bound programmes or accountability for disaster mitigation. It is necessary for disaster administration to remain away from palliative solutions. These are of no use. The disaster after the cloudburst at Badrinath in Uttarakhand in June 2013 had clearly shown the heavy damage to constructions in river beds. But still, this continues.

It is, therefore, necessary to find an alternative which could give a reliable indication of an incoming earthquake in sufficient time so that the administration could gear up the entire mitigating machinery for action. It is a fact that till now, no scientist has come out with a mechanism whereby the location, magnitude and time of earthquake could be predicted.

There is, however, a silver lining. The seismo-electromagnetic effect (SME Effect) definitely provides a viable solution. It changes the post-seismic mitigation approach to pre-seismic mitigation. With the help of the SME it is possible to predict the occurrence of a destructive earthquake up to 10 hours in advance.

How does this work? Before an earthquake occurs the temperature at the hypocenter (the underground point below the epicenter) rises. This reduces the earth’s magnetic field and adversely affects electromagnetic communication. About 10 hours before an earthquake, the reception on television sets witness audio, visual and spectral disturbances. The frequency of disturbances goes on increasing till the earthquake strikes.

This was observed and noted for the first time by several people in Maharashtra prior to the 1993 Latur earthquake. It was observed in Bhuj before the destructive quake of January 26, 2001.

This “minus ten hours before” precursor is followed by another extremely reliable one. It appears about 100 minutes before a quake. All mobile telephones in the entire epicentral area get disrupted. Landlines continue to function but the audibility is affected and is accompanied by noise.

Thus, if it is found that the functioning of mobile telephones is affected in an extensive area of 30 to 70 km radius or more, it could be assumed that an earthquake would occur within the next 100 minutes or so.

I have spoken about these precursors during lectures across the country. I was happy to see the effect of this mass education. After the 6.8 magnitude India-Myanmar border quake of April 10, 2016, I was informed by emails and landline telephones from Aizwal, Dimapur, Dibrugarh and Guwahati that mobile telephones were not functioning.

Similarly, I was also informed by a friend from Kathmandu about mobile telephone failure prior to the April 25, 2015, earthquake of 7.5 magnitude.

A one-page information pamphlet I prepared about reliable short-term seismic precursors has been used by SDMAs in Assam, Himachal Pradesh, Uttarakhand, Mizoram and Bihar. In addition the pamphlet has been found to be useful in countries such as Nepal, Myanmar, Indonesia, the Philippines, China, Japan, Mongolia, Iran, Ethiopia, Turkey, Chile and Peru.

It is extremely essential to create seismic awareness among the common people of seismically-active states. In addition to preparedness, mitigation and prevention, it is also essential to educate the people about reliable short-term seismic precursors. The palliative solutions, monetary compensation and piecemeal solutions may be reduced as these have limited value and at times could be wasteful.