Professor Nazira Karodia, Dean of the Faculty of Science and Engineering at the University of Wolverhampton, was honoured at a grand event in Birmingham. Well-known and aspiring artistes from across England showcased their talents as part of a vibrant South Asian music festival….reports Asian Lite News

The event also witnessed the honouring of Professor Nazira Karodia, Dean of the Faculty of Science and Engineering at the University of Wolverhampton.

The festival, which took place at The Dovehouse Theatre in Solihull and brought together people of all ages and faith and race backgrounds, was organised by Shruthi UK, a South Asian arts organisation based in Solihull.

Shruthi UK, which this year celebrates its 12th anniversary, is the brainchild of Chithra Ramakrishnan, who hails from a family of talented musicians and is a Fellow of the Royal Society of Arts, (RSA).

Sending his good wishes, Narendra Modi, India’s Prime Minister, said: “Heartiest congratulations to the team at Shruthi UK on making the Thyagaraja Festival a highlight of its events calendar. Music of the Singing Saint is rejoiced by those in India and abroad and he is indeed, a pride, among many, of our great nation. And with the 2017 UK-India Year of Culture, this event is of particular significance, one which makes us all so proud of our cultural roots and ancestral heritage.” 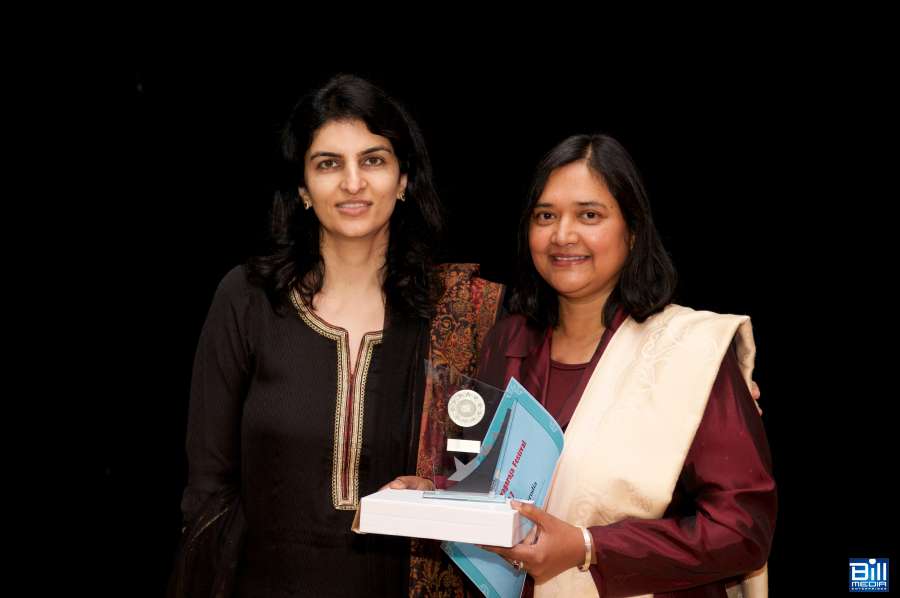 Lord Mayor of Birmingham, Councillor Carl Rice, said: “Many congratulations to Dr Ramakrishnan and to Shruthi UK for once again hosting this spectacular and popular event to celebrate the life of the South Indian singing saint, Thyagaraja. It’s through such events that we celebrate our respective roots and cultural heritage which enables us to not only learn about each other’s ways of life, but to broaden our knowledge and learning experiences.”

The family-friendly event featured a series of vibrant song and dance performances, speeches from dignitaries, certificate and other presentations and a South Asian vegetarian meal. Honours were also bestowed upon a selected few role models, as part of the annual International Women’s Day, including Professor Nazira Karodia, Dean of the Faculty of Science and Engineering at the University of Wolverhampton.

Thyagaraja, one of the legendary composers of Indian and Carnatic classical music, is also known as the singing saint, composed thousands of devotional hymns, most in praise of the Hindu God, Lord Rama, many of which remain popular today.