The secret lives and fears of gay people in the world of British football have been highlighted in a hard-hitting report by politicians….reports Asian Lite News 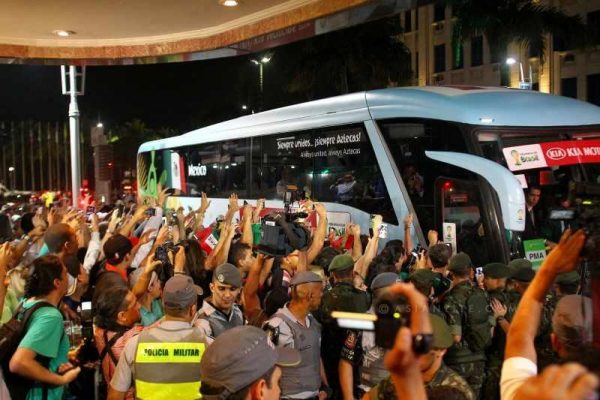 In England’s professional league not a single footballer has “come out” to declare if he is gay, says the report, adding fear is behind their decisions to stay silent, reports Xinhua news agency.

Parliament’s Culture, Media and Sport Committee, made up of MPs, has called for immediate lengthy bans from stadiums for fans who display homophobic attitudes at matches.

The report also says sports authorities must adopt a zero tolerance approach to homophobic abuse at all levels of sport. It says homophobia is a bigger problem than racism in sport.

And it adds that tackling abuse should filter down from professional leagues to youth levels in sport, even to parents using homophobic terms as they watch children play in amateur sports.

Damian Collins, the MP who chairs the committee, said: “We believe that there are many gay athletes who have not come out, because they are frightened of the impact this decision will have on their careers, and the lives of the people they love. That is not acceptable and should not be tolerated.”

“Coming out is a personal and private decision and no sportsperson should feel under pressure or feel ‘forced’ to come out, but sports authorities must create an environment, in the stadium and the locker room, where players and athletes at all levels feel it is a choice they can make, and that they will be supported and accepted if they do.

“Homophobic abuse in sports grounds is just as intolerable as racist behavior and should be dealt with as severely.”

Collins says a tougher approach to the issue would go some way towards sending a clear message that homophobia will no longer be ignored.

He also said main corporate sponsors of sport also have a duty to assure sportspeople that they will not lose their sponsorship as a result of coming out.