It was 44 years ago today that New Medical Centre was established in the UAE. The man behind the core work ethos of providing affordable medicine to the citizens and expats was a 29-year-old sales rep who had tramped many a weary mile in a single pair of shoes and waited patiently outside clinics and hospitals for a door to open so he could sell his pharmaceutical wares.

The first ever such salesman in the region he was determined to succeed. Every time the door stayed shut, it became a challenge to hang in there and not give up.  As does a terrier display tenacity, B.R.Shetty never understood what it meant to give up or walk away.

He now sits in his resplendent office in Abu Dhabi, wearing his years lightly, warm and effusive and still grounded in reality. Not much difference between him today and the man who landed on these shores in 1973 with $8 in his pocket and a small carryall suitcase, ready to seek his fortune. 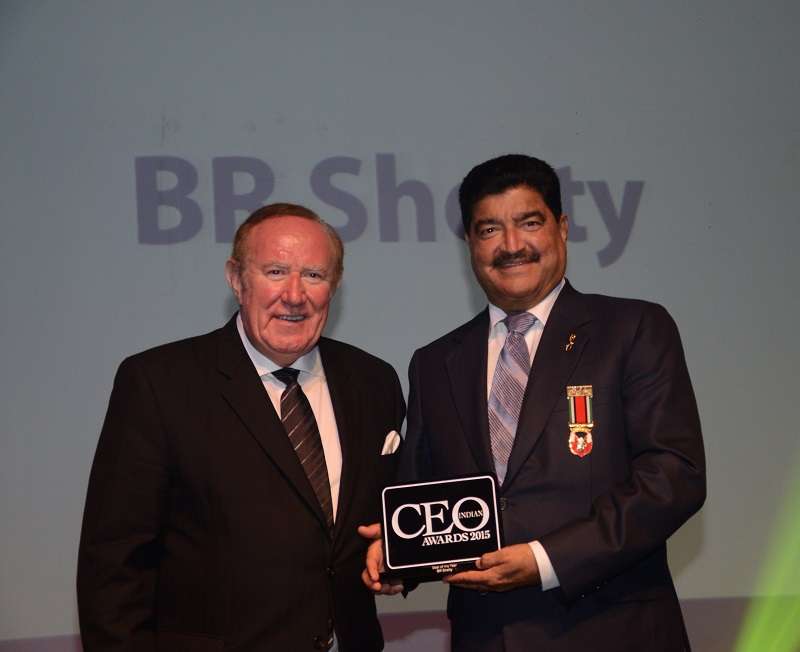 He came from Kaup in Udipi, a small place famed for its cuisine and now for its equally illustrious son. You would never believe that this man now has a ‘family’ of 60,000 people and is well beyond the billionaire line and even though he himself is reluctant to talk about his personal wealth it is marked at over $3 billion.

“I never saw failure as an option,” he says on the eve of this anniversary, “And every morning when I wake up I recall and never tire of repeating a sentiment that, for me, is a mantra. Take challenge as an opportunity, look at failure in the face, banish it and get up, walk again. Do that and you will get where you wish to go.”

His chair in his office indicates his desire to keep it simple. It is not ornate or massive, just a normal office assembly, no different from the rest of the chairs around the conference table.

“I failed and I was miserable and thought it was the end of the world. This is where my family won me the future. They rallied around me and said, this is a small glitch. My mother cooked special sweets because she said I tried and that is all that mattered.”

A man who dedicated himself to doing very little harm Shetty has gone on to do a whole lot of good. It all began when he realized that inexpensive healthcare had a role in the building of the nation and the leaders in the Emirates were supportive and encouraged him to give it a try. At first free and then at a nominal charge the NMC experiment in the seventies spawned a medical empire and now the name is synonymous with good health care for the public.

“I never saw failure as an option,” he says on the eve of this anniversary, “And every morning when I wake up I recall and never tire of repeating a sentiment that, for me, is a mantra. Take challenge as an opportunity, look at failure in the face, banish it and get up, walk again. Do that and you will get where you wish to go.” 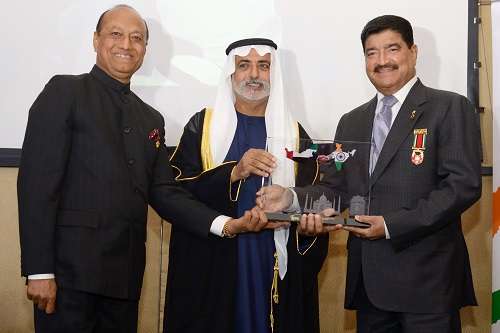 He laughs at the memory of his disastrous school examination when he was 14. “I failed and I was miserable and thought it was the end of the world. This is where my family won me the future. They rallied around me and said, this is a small glitch. My mother cooked special sweets because she said I tried and that is all that mattered. We were not rich but we were tightly knit and we had values, grand ‘never give in’ values. Even when I went around the town of Udipi literally hawking chillies and vegetable I knew that I would not let my mother down…I hope I haven’t.”

His sense of humour is self-deprecatory and he enjoys relating his tenure pre-Emirates when he was on the Udipi Municipal Council and responsible for sanitation and hygiene. A long way from there as Udipi waits for its 200 bed state of the art medical facility which will be inaugurated in August, hopefully to coincide with his 75th birthday. 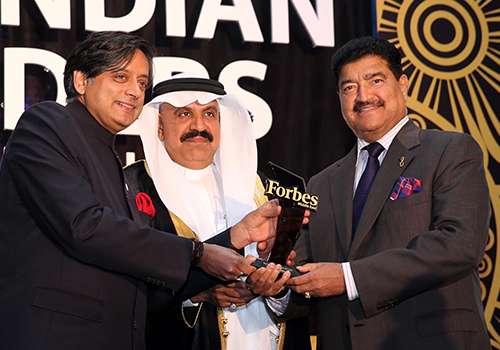 Also on the anvil is a major hospital in Amravati and he is deeply imbued with the idea of giving back to the peoples and the countries that have given him so much. “The Emirates made me what I am. I can never give back enough. Never. But I will continue to add my imprimatur to this land for displaying its generosity and its faith in me. Back in India where lie my roots I hope to be able to provide a certain improved level of succor to as many people as possible.

He smiles and adds, “I am really lucky. I have two lands, where I was born and where I live.”

I ask him what sort of message he would send to his NMC army on this special day. He taps a pencil, then says, “Oh, that is very easy. Keep moving. Don’t give up, have patience, look for the bus if it is going your way and always have discipline. I learnt it as a cadet in the National Cadet Corps when I was promoted to stick orderly. We are a team, no one marches alone and wins the war, but remember, find your drumbeat and march to that.”

Like the very private man he is, BR will celebrate this corporate birthday quietly, with a sliver of pride in his achievements, a plan for tomorrow and a special shine to the Abu Dhabi Award bestowed upon him in 2006 by H. H. Sheikh Mohammed Bin Zayed Al Nahyan, the Crown Prince of Abu Dhabi and which he wears on his blazer lapel with great sense of pride.