As Brexit fever gathers momentum and threatening thousands of jobs, the former chancellor is on a job grabbing spree…reports sian Lite News

When people are struggling with one job, Tatton MP George Osborne become the editor of the London Evening Standard. he will be in the Editor’s chair for four days a week.

Recently, the former chancellor was in news for getting £65000 salary for one day a week job with BlackRock, the world’s biggest fund management firm. He also earned about £800,000 for speeches to financiers.

He was criticised for taking the four days a month job earlier this year, because BlackRock may have benefited from reforms to pension rules made while he was chancellor.

The newspaper’s owner Evgeny Lebedev made the surprise announcement on Friday morning. Mr Osborne replaced the current editor Sarah Sands, who is leaving the Standard after five years to join the BBC. He will take up his role in early May, editing the paper an average of four days a week.

“The Standard’s schedule will enable Mr Osborne to edit the paper and continue to fulfil his other commitments, including as an MP; giving him the time to vote and contribute in Parliament in the afternoon after the paper has gone to print, and be in his constituency,” the newspaper said in a statement. “He will edit the paper an average of four days a week.”

Speaking in The Standard, Mr Osborne said: “This is such an exciting and challenging job and I’m thrilled to take it on.
“The Evening Standard is a great paper, testimony to the hard work of Sarah Sands and the impressive team, and to the investment of its owners. I look forward to working with, learning from and leading this team of dedicated professionals. 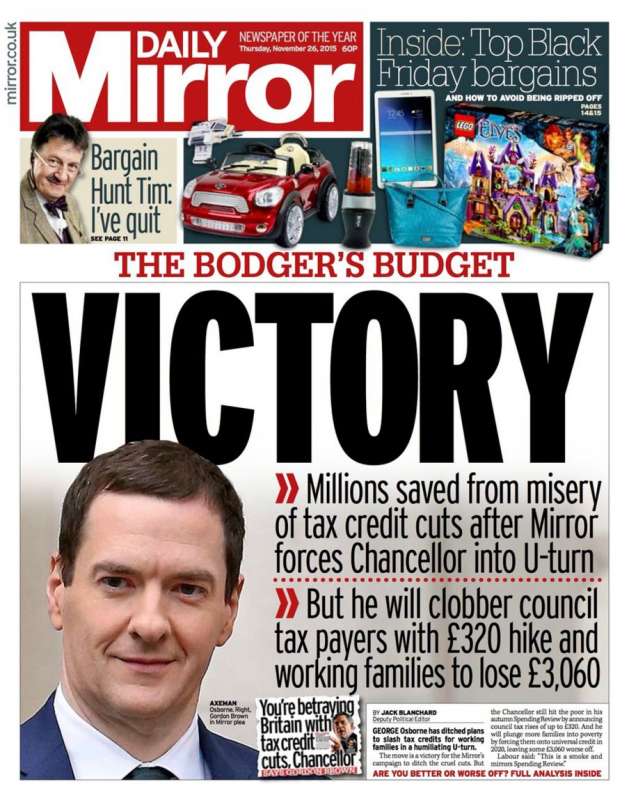 Growing up as a Londoner, I’ve always known that the Evening Standard is an institution that plays a huge part in the life of the city and its people. Now it is a great honour that I can play a part as leader of the editorial team making the Evening Standard the definitive voice of the world’s most exciting city.”

“So much is now at stake about the future of our country and its capital city. I will remain in Parliament, where that future is debated. I was elected by my constituents in Tatton to serve them and I intend to fulfil that promise. I remain passionate about the Northern Powerhouse and will continue to promote that cause.
“Right from the first speech I gave about the North of England, I’ve said that London needs a successful north and the north benefits from its links to a global city like London. It’s not a zero-sum game, but quite the opposite.”