An exhibition created by homeless people from Greater Manchester is set to open at Manchester Central Library….reports Asian Lite News 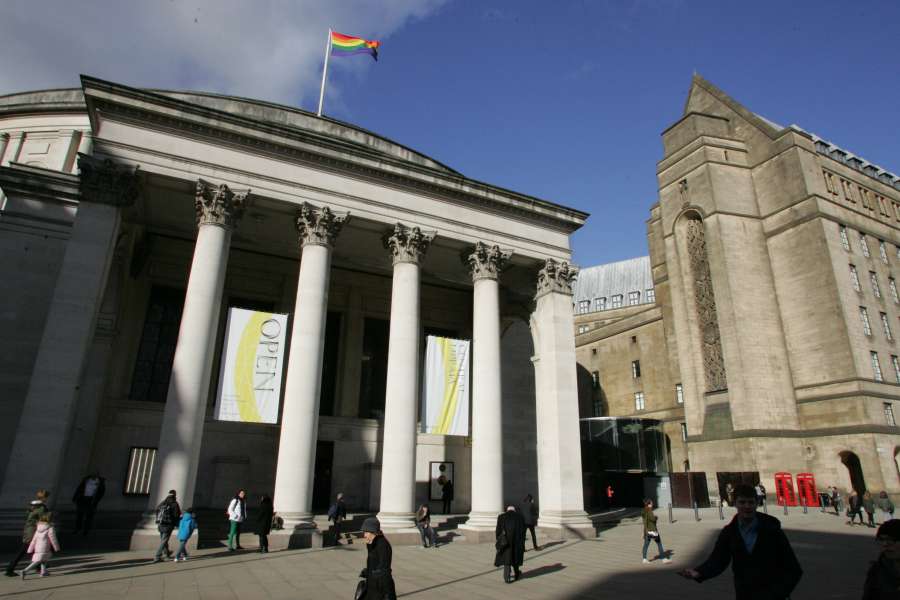 Work featured in the exhibition was created during workshops and discussions at The Booth Centre in Manchester and The Wellspring homeless resource centre, Stockport.

Participants handmade their own books, or adapted copies of existing books such as ‘Oliver Twist’, to include their own personal experiences. The result is a rich collection of prose, poetry and drawings, telling the story of homelessness in Britain from direct experience.

Philip Davenport said: “There are libraries full of many people’s experiences, but you do not find homeless people’s perspective within them. So we thought we would take old books and give them to homeless people, to fill with their own stories.”

Interviews with homeless people are also included in the exhibition, along with the testimony of older people giving their reflections on homelessness in the UK, going back as far as the 1920s.

Many participants found that the mixture of discussion and creative work was transformative. Danny Collins, who took part in the project, started to access support at the Booth Centre in 2015 and is now off the streets. He said: “I combined different aspects of my writing, poetry and other artwork and created my own statue. It’s put me back on the ladder to life.”

Lois Blackburn said: “Society at large portrays homeless people in a very one-dimensional way. The people who took part in the project told us that they feel ignored and almost photoshopped out of history. The people we worked with have led remarkable lives. They are human beings – and every one with a different story.”

Amanda Croome MBE, CEO of The Booth Centre, said: “Through this project, homeless people have been able to explore new issues, be creative and have a distraction from their everyday life on the street.

“They feel they have a voice and have been able to tell their own stories and learn about other people’s stories. For people who have been excluded from society and so often ignored, you just can’t quantify how important that is.”

Councillor Paul Andrews, Executive Member for Adult Health and Wellbeing at Manchester City Council, said: “Central Library’s Archives+ Centre is the perfect venue for this important exhibition, which shines a light on the human beings behind the stereotype of homelessness, through their own words and art.

“As the stories documented in The Homeless Library help to show, there are many different, often complex reasons why people experience homelessness. Through the work of our dedicated staff and our commitment to working with agencies including the Booth Centre under the Manchester Homelessness Charter, we will continue to play our part in helping homeless people to get the help and support they need to build a new life away from the streets.”

The Homeless Library exhibition was first shown at the Houses of Parliament in May 2016. It will be displayed at Manchester Central Library until the end of March 2017.

This project is supported by The Heritage Lottery Fund and has been produced in partnership with The Booth Centre, The Wellspring and Bury Art Museum.