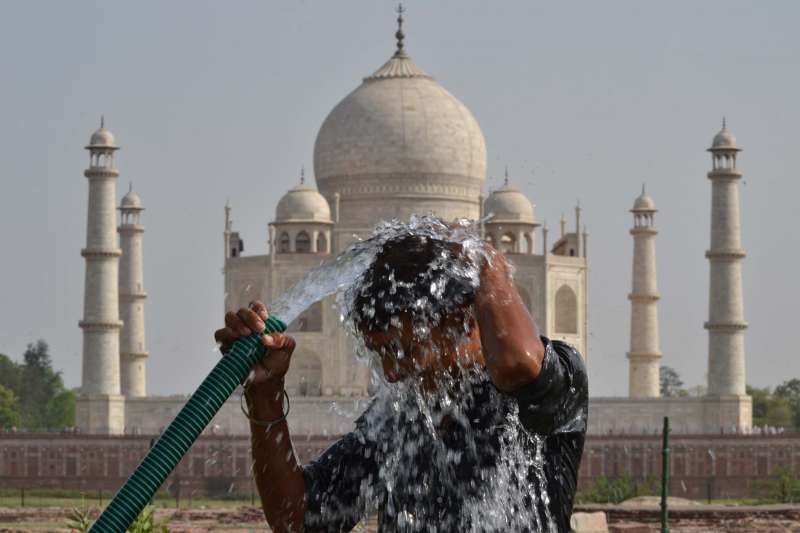 River activists on Sunday demanded firm steps to revive and rejuvenate the virtually dying Yamuna river. Braj Mandal Heritage Conservation Society President Surendra Sharma said there was an urgent need to construct a barrage some 10 km downstream of the Taj Mahal to ensure that the river was always full of water behind the 17th century monument.

This would also bring down the high dust level in the ambient air which was proving a threat to the safety of the world heritage monument, he said.

Shravan Kumar Singh of the River Connect Campaign said union Minister Nitin Gadkiri had promised that within two years steamers and ships would be ferrying tourists from Delhi to Agra but so far not a single concrete step had been taken.

“Today we complete 900 days of daily Yamuna Protest Arti Sabha… Each day activists and bhakts have been collecting at the Yamuna bank for a meeting and an aarti of Yamunaji, demanding action on our charter,” Singh told IANS.

“But our efforts have not proved fruitful,” he added.

Devashish Bhattacharya said there was a need for de-silting and dredging of the Yamuna bed, at least in areas touching the city.

“This will open the choked aquafers, help speed up seepage and percolation and thereby recharge the city’s underground reserves to raise the water table.”

“A minimum quantity of water as directed by the NGT (National Green Tribunal) has to be released on a permanent basis by upstream barrages, particularly Haryana.”

In a resolution, the activists called for a review of the 1994 Yamuna pact signed by then Uttar Pradesh Chief Minister Mulayam Singh Yadav with Himachal Pradesh, Haryana, Delhi and Rajasthan, saying the share of water for downstream cities was unjust and unfair.

They also sought a River Police in urban areas to book pollutors, including those who immerse idols in rivers.

In a separate resolution, the conference demanded the immediate dismantling of the Taj Heritage Corridor which in 2003 brought the Mayawati government down.

“The debris and dust were adversely affecting the two world heritage monuments, the Taj and the Agra Fort, and choking the river. Despite orders of the Supreme Court, the Archaeological Survey of India had failed to move a step forward,” the resolution said.