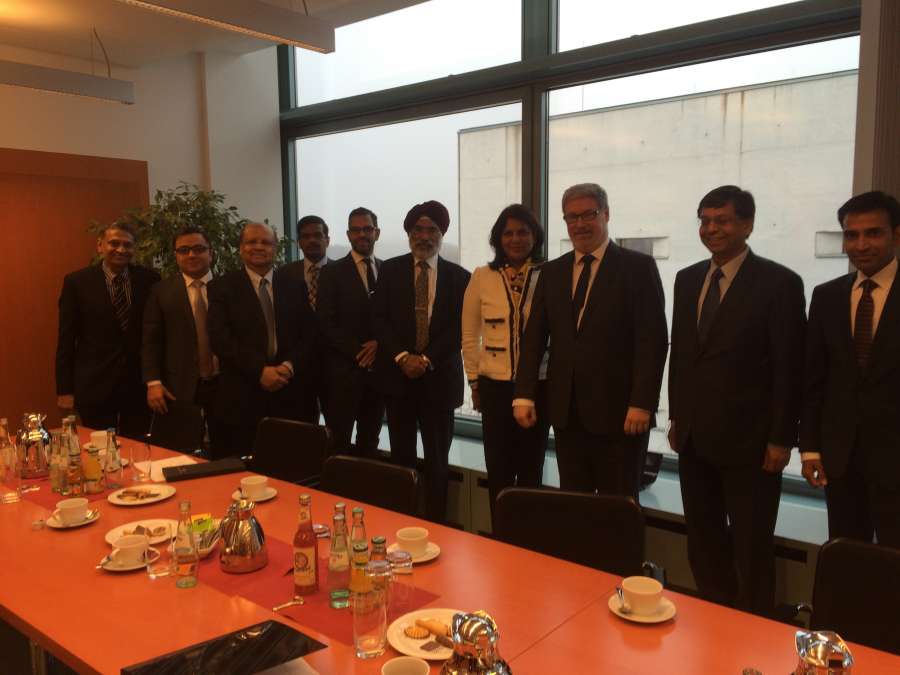 This was said by Mr. Matthias Machnig, State Secretary, Federal Ministry of Economic Affairs & Energy in a meeting with visiting Indian CEOs delegation led by CII. He also informed about the German Cabinet Decision to finance long term strategic projects in countries like India particularly in the Railway, Infrastructure and Smart Cities Sectors. German Government has set up a special unit in the Economics Ministry to implement this decision of German Cabinet. In a meeting with CII delegation, German Federal Finance MinisterDr. Wolfgang Schäuble said that Germany is committed to work with India for mutual benefit.

The delegation also participated in a roundtable meeting with German CEOs led by BDI President Mr. Dieter Kempf and organized by Federal Association of German Industry (BDI) and Embassy of India, Berlin. CII and BDI would be jointly working on a program, to intensify their engagements in key areas including the Skill Development & VET in many sectors. The CII delegation also interacted with a number of German Industry Leaders from German Asia-Pacific Business Association (OAV).

Confederation of Indian Industry (CII) and The Economic Council (Wirtschaftsrat der CDU e.V.)  signed a MoU to strengthen economic and trade ties between India and Germany at a special event –“Germany-India Economic Dialogue” held at Embassy of India, Berlin on 23rd January 2017. The Cooperation agreement between CII and the Wirtschaftsrat which represents the interests of more than 11,000 small and medium sized German firms, as well as larger multinational companies will help in jointly promoting Indo-German Business to Business ties by means of frequent exchange visits for business cooperation, facilitating investment & business development, jointly organizing Road Shows in both countries for promotion of investment opportunities, etc.

The focus of the visit of  CII delegation to Germany organised by Embassy of India, Berlin was to interact with key policy makers and industry leaders to formulate a joint road map for promotion of investments into India and strengthen Indo-german Business to Business ties.