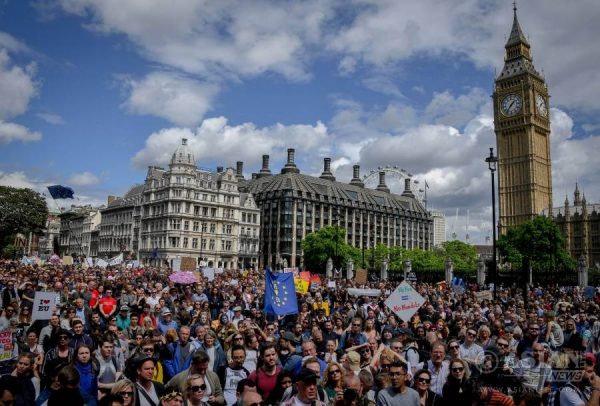 The 12-point blueprint has been dubbed a “hard Brexit”, Xinhua news agency reported.

May has “made clear that she wishes to secure the closest possible future economic relationship for Britain with the EU, a goal that Ireland shares”, the Irish government said on Tuesday.

“For Ireland, the priorities for the negotiation process that lies ahead are unchanged: our economic and trading arrangements, the Northern Ireland peace process including border issues, the common travel area and the future of the EU,” a statement said.

“She made clear that her priorities include maintaining the common travel area and avoiding a return to a hard border with Northern Ireland, both of which are welcome,” it said.

The Irish government said its preparation was extensive, adding that important organisational changes were implemented in government departments and agencies, with additional resources provided in key areas.

Meanwhile, the Irish government said an extensive programme of engagement with all other EU governments and institutions, including the Commission’s Brexit Negotiations Task Force, is under way.

The Irish Prime Minister will continue to meet and engage with their EU counterparts over coming weeks to emphasise its concerns and ensure that they are fully reflected in the EU position once negotiations commence, the statement said.

“The government is under no illusion about the nature and scale of the Brexit challenge. But it is ready.”

The statement said economic opportunities for Ireland will be pursued vigorously and that engagement with other member states and EU institutions will intensify.