Confidence is good, but over confidence is very bad, especially in politics. The mighty lead over the Labour prompt Mrs May to gamble with some of the reform ideas on social care. Home is every Englishman’s castle and any threat to that will spark conflicts. Poor May! She failed to learn a lesson from the impact of poll tax on the electorate….writes Kaliph Anaz 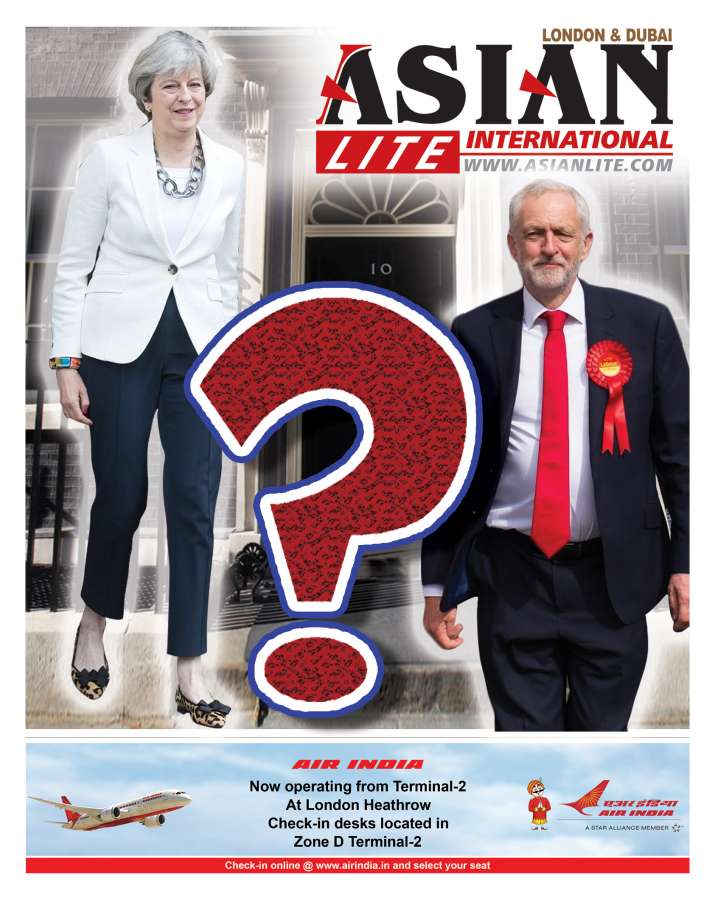 It is literally a fall from grace for Prime Minister May. She was expecting a landslide or a 50 seat majority in the 650 member house.  The country is now heading for a hung Parliament and the Conservatives lost their hard earned absolute majority in the House. What went wrong? Who is to be blamed?

May holds the responsibility for putting the party in a limbo. She annoyed the pensioners, the Tory vote bank, with the so called dementia tax and the withdrawal of winter fuel allowance. Instead of keeping the floating ethnic votes through sops on visa and immigration, May repelled them with tough stance.

In the manifesto, she announced the decision to stop free hot meals for a million plus primary students. She also failed to provide a solution to fix the broken social care system. There was no mention about the steps to tame the rising cost of child care. The NHS is also struggling with budget cuts and staffing issues. Not a rosy picture for the government.

The new drama began when May returned to No 10 from an Easter holiday walk in north Wales on April 18 to announce a mid-term election to consolidate her position in the party and government. She was almost 25 point ahead of opposition Labour party and its activist leader Jeremy Corbyn.

May also missed a golden opportunity to address the nation. The TV debate organised by BBC become a big news because of May’s absence. Speaker after speaker ridiculed the prime minister for skipping a crucial debate just days before the election. The debate provided a much-needed fillip to Labour’s election campaign to reach No 10 Downing Street. Corbyn, an activist turned leader, showed his leadership skills to alert the British electorate against another term for Conservatives in the saddle.

He grilled the Home Secretary Amber Rudd, who was covering the prime minister, at the debate with several crucial questions.

“Have you been to a food bank? Have you seen people sleeping around our stations?” Mr Corbyn asked the Home Secretary. “Have you seen the levels of poverty that exist because of your government’s conscious decisions on benefits?”

The Labour leader also highlighted his plans to end the public sector pay cap and introduce a £10 an hour living wage by 2020. He said Labour would “ensure our manufacturing industry and jobs are protected”, and he was “absolutely sure” his spending plans added up.

The failure to address core issues of health, education, housing and social care prompting women and pensioners to desert the Tories. Corbyn and his battalion of campaigners under Momentum garnered the support of the students through a promise to waive the university tuition fee. Corbyn also promising the cancellation of zero hour contracts and minimum wage increase to £10 per hour. All measures pleased the student community.

Confidence is good, but over confidence is very bad, especially in politics. The mighty lead over the Labour prompt Mrs May to gamble with some of the reform ideas on social care. Home is every Englishman’s castle and any threat to that will spark conflicts. Poor May! She failed to learn a lesson from the impact of poll tax on the electorate. That caused the ouster of Margaret Thatcher, the Iron Lady I of British politics. Mrs May has become a big liability for the Conservatives. The party will struggle to win back the core voters like the pensioners.

Poor May! It is a self-inflicted injury. The Trump victory, Brexit are indicating the arrival of unpredictable results in both sides of the Atlantic. Fingers are crossed. Let’s wait and see who will form the government. But one thing is sure  – Britain is at cross roads of history. 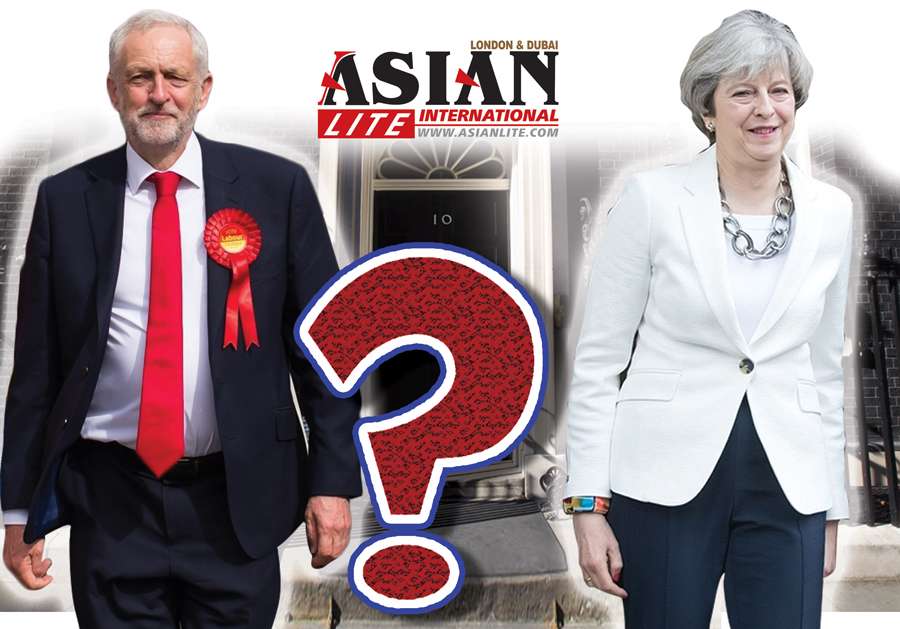