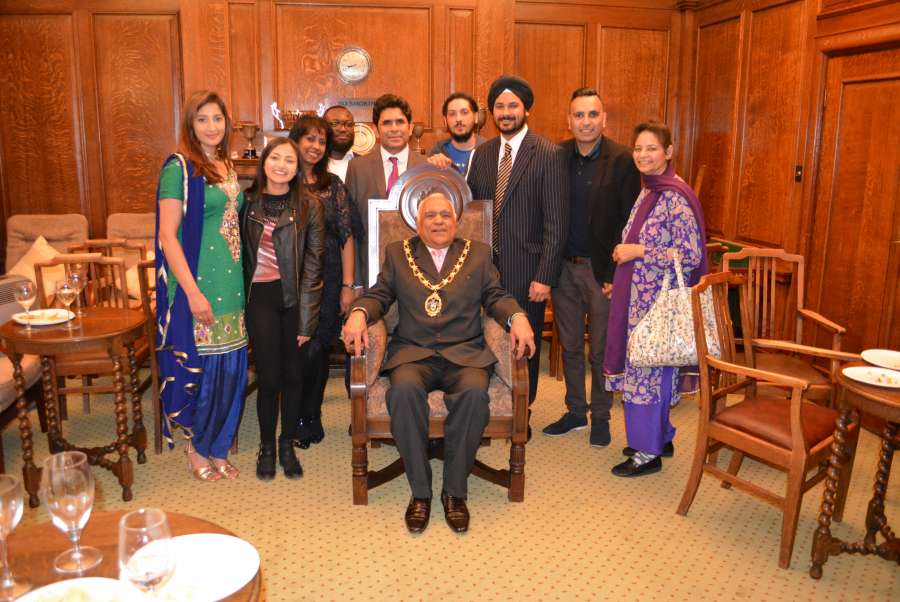 The Ilford residents were personally welcomed by the Mayor in his parlour before being given an official tour of the town hall and being shown the borough’s priceless historic artefacts. The residents then enjoyed refreshments and mingled with other attendees.

The ‘meet and greet’ was organised by Cllr Varinder Singh Bola (Labour, Cranbrook ward) and provided an opportunity for residents to meet with local representatives.

Commenting on visit, Cllr Bola said: “I’m grateful to the Mayor for hosting us at the Town Hall. All of the residents really enjoyed talking to him and learning about his charitable work.”

One of the attendees, Ms Vanisha Solani, 21, Norfolk Road, said: “I really enjoyed meeting the Mayor and learning about the town hall’s rich history. It was a new and exciting experience for me.”

Mr Satveer Degun, 28, Hampton Road, said: “I have lived here all my life and have never needed to visit the Town Hall let alone be invited to meet the Mayor of Redbridge.”

He added: “I think it’s a good thing that opportunities like this are created for the public to network and interact with local representatives.”

Cllr Bhamra was born in Rasulpur, near Banga, Punjab, India and completed part of his education before emigrating to Kenya in 1957 to join his father in Mombasa and later Nairobi. He arrived in the UK in 1968 and moved to Redbridge from Bexley in 1976.

As a Metropolitan Police Officer Cllr Bhamra faced many challenges in Southwark, where he was initially posted, but having passed his Sergeants exam with flying colours in 1976 he moved to Redbridge.

Cllr Bhamra will be fundraising during his Mayoral year for three Charities and a project in partnership with Seven Kings Lions Club. The Charities are: Healthy Living Project, Disabled Asian Women’s Network and Vibrance