Rain played spoilsport in the ICC Champions Trophy encounter between Australia and Bangladesh as both teams forced to split points….reports Asian Lite News 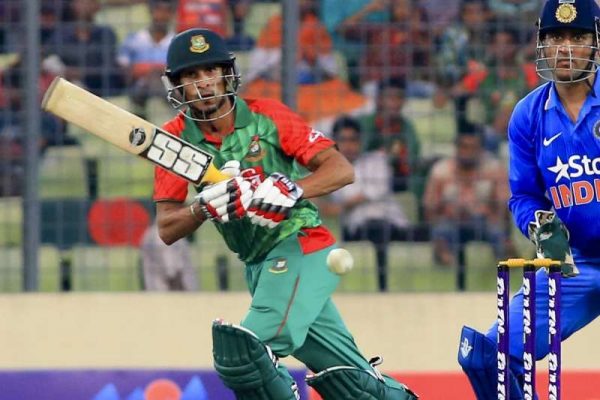 Australia’s first match against New Zealand was also washed away due to rain and now they sit behind England in the group with two points from two matches.

The men from Down Under trail group leaders England by a single point.

Bangladesh, who had lost to England in the tournament opener, have managed a single point in two matches.

Chasing a modest target of 183 runs, Australia were off to a steady start with David Warner and Aaron Finch producing an opening stand of 45 runs in 7.5 overs.

After Finch was trapped leg before by Bangladesh pacer Rubel Hussain, Warner and Australia captain Steve Smith continued to bat steadily before rain intervened to stop the proceedings for good.

Warner remained unbeaten on 40 runs off 44 balls with two hits to the fence.

Smith scored 22 runs off 25 deliveries as Australia posted 83/1 in 16 overs before the rain intervened.

Starc spearheaded the Australian bowling attack with figures of 4/29 in 8.3 overs.

Fast bowler Josh Hazlewood, who had bagged a six-wicket haul in Australia’s first match against hosts England, returned figures of 1/40 in his 10 overs.

For Bangladesh, experienced opener Tamim Iqbal was the standout performer with 95 runs off 114 balls.

Electing to bat first, Bangladesh were off to a shaky start as they lost early wickets.

Iqbal and Shakib Al Hasan attempted to steady the boat, adding 69 runs between them.

Off-spinner Travis Head trapped Shakib leg before to end what would prove to be the only decent piece of resistance by the Bangladesh batsmen.

The Bangladesh batting line-up folded up after his departure, losing the next six wickets for just 60 runs.

Australia have one point from their opening match against New Zealand which had to be abandoned following too many holdups due to rain.

Bangladesh are yet to garner any points as they were defeated by hosts England in the tournament opener despite putting up a total in excess of 300 runs.